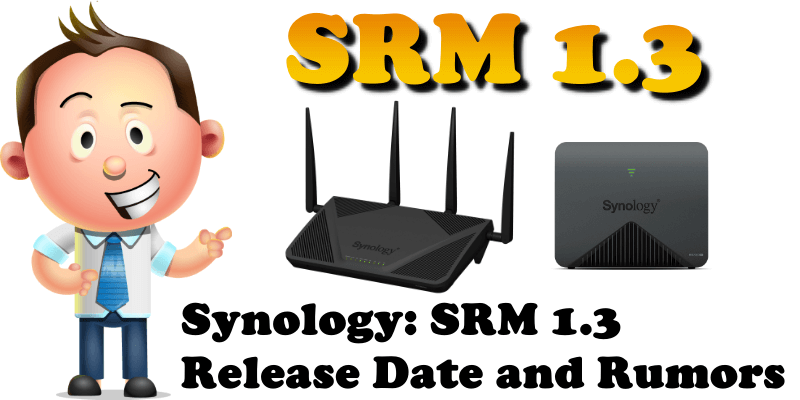 Today, while I was visiting the official Synology community forum, I accidentally came across a post by Sabrina who is part of the Synology Staff. In that post, Sabrina was answering some questions from users, and at one point she intervened announcing that there will be an important update to SRM which is the operating system of Synology routers such as Synology’s RT2600ac and MR2200ac. How and when the update will be released is still undisclosed information!

The message from Sabrina reads:

We’ll support VLAN, incl. more customisable SSIDs, on RT2600ac/MR2200ac in the SRM 1.3 release. Home users who aren’t familiar with VLAN tagging will also get an “IoT network” by default. As always, we cannot guarantee the release date, but it’s very likely that it’ll happen this year. We’re doing our best to deliver it as early as we can.

Thanks to everyone who have been requesting and following up on this topic. We don’t usually comment on questions regarding future plans (too many unpredictable factors), but this is an exception 🙂

The specifications can be slightly adjusted in the development process, so we don’t usually talk about too many details until it’s closer to the release.

Take a look at STEP 3 on the latest Synology Router: SRM Version 1.2.5-8227-1 article and you can clearly see that Synology started mentioning SRM 1.3

Synology SRM 1.3 will be available in the first quarter of 2022 along with the new RT6600ax Synology Router. SRM 1.3, the updated version of Synology’s router operating system, will also be supported on the RT2600ac and MR2200ac. The new SRM 1.3 will support up to 5 separate networks and SSIDs, to achieve separation in terms of functions, firewall rules, QoS and Internet access. Additionally, SRM 1.3 will have support for VLAN tagging. So if you have an environment that uses VLAN tagging, you will now be able to integrate your routers into this environment.

Take a look at STEP 3 on the latest Synology Router: SRM Version 1.2.5-8227-3 article and you can clearly see that Synology started mentioning SRM 1.3

Note: It looks like owners of Synology routers will get VLAN support in SRM 1.3 which is great news. With this update you will be able to isolate parts of your LAN for better Internet security, better traffic offload, and the IoT network option will be activated by default. This function will be useful for everyone who has always wanted to separate their many IoT Wi-Fi devices from their default group of devices.
Note: What is IoT network? The Internet of things (IoT) describes the network of physical objects, or “things”, that are embedded with sensors, software, and other technologies for the purpose of connecting and exchanging data with other devices and systems over the Internet.
Note: Synology SRM 1.3 will be available in the first Quarter of 2022 and will debut on the new RT6600ax Wi-Fi 6 router. Quarter 1 includes the months of January, February and March of 2022.
Note: The new SRM 1.3 version will be implemented on the RT2600ac Synology router and MR2200ac Mesh devices in Quarter 2 of 2022. Quarter 2 includes the months of April, May and June of 2022.