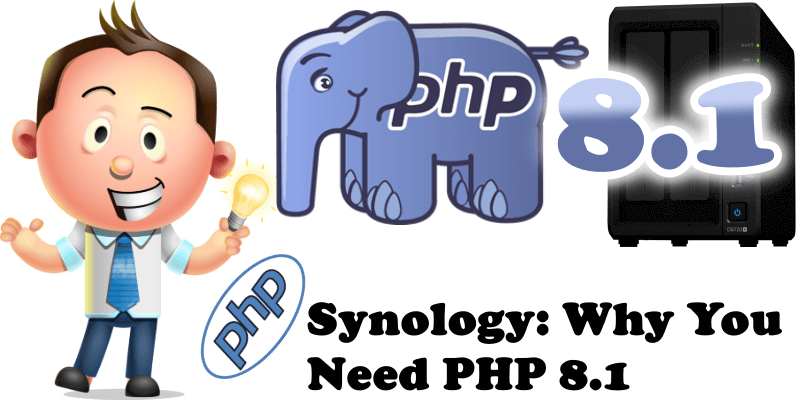 Today I want to talk to you about PHP 8.1 again. It was on November 30, 2021 that PHP 8.1 was officially released and, immediately following the release, so many of you have started sending feature inquiries to Synology about making PHP 8.1 available for your NAS devices. Despite thousands of inquiries having been sent by you (and these are just the ones that I know of), Synology systems still haven’t been upgraded to the new version. To add even more context to the situation, you may remember that PHP 8 was officially released on November 26, 2020, and it too is still not present among DSM 7 packages for NAS devices.

If you’ve been a Synology NAS user for some time, you probably already know that one of the biggest requests of users is to have the latest versions of essential packages available for download quicker, yesterday if possible. I’m sure Synology’s official inquiry contact page has been seeing a downpour of this type of requests over time. In this respect, I have some news: two days ago I was informed that PHP 8, the package, will be released. When? PHP 8 will be made available for download for Synology NAS devices at the same time as the official DSM 7.1 OS.

I for one think that it’s good PHP 8 can be implemented on Synology NAS devices soon, and downright happy that DSM 7.1 is coming out. But yes, I’d have been the happiest if it were PHP 8.1, the reasons for which I’ll delve into below: