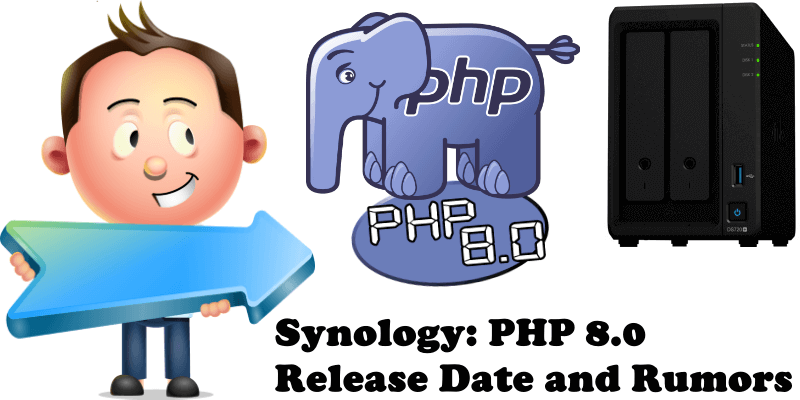 PHP 8.0, the next major PHP release, is expected to be released to the general public on November 26th, 2020. So it’s time for us to dive into some of the most exciting additions and new features that will make PHP 8.0 faster and more reliable than PHP 7.4 – Actually, even if PHP 7.4 significantly boosts performance and improves code readability, PHP 8 will be the real milestone for PHP performance. So PHP 8 will be a game changer. The real incentive for upgrading your PHP 7.4 version to PHP 8.0 on your Synology NAS is the promise of a performance boost if you use WordPress or other web applications.

PHP 8 is set to become one of the most important PHP releases in the history of PHP and will bring along unprecedented challenges for legacy PHP codebases, like WordPress, to fix compatibility. WordPress developers are still working on making WP compatible with PHP 8 and are now recruiting testers.

As soon as PHP 8.0 is officially released, I will send “feature suggestions” for PHP 8.0 via the Synology official page. I strongly recommend my readers to send “Feature Inquiry” to Synology to speed up the process with PHP 8.0 after it’s released to the general public on November 26th, 2020.