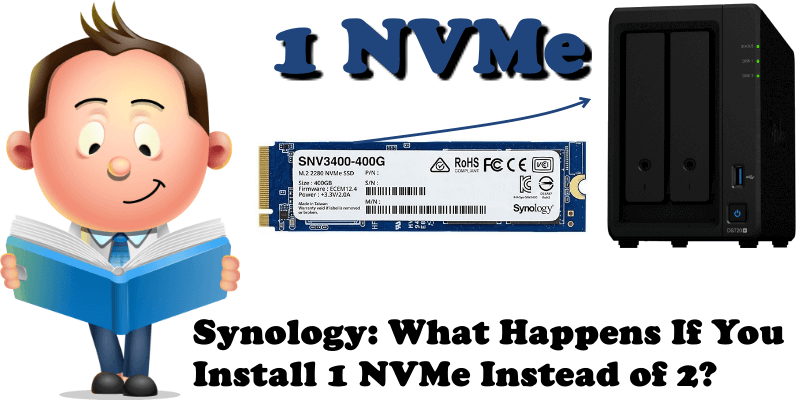 Most Synology NAS device models support SSD cache, but the supported SSD type and form vary with the model. Did you recently buy a new Synology NAS model like the DS720+? Have you noticed that you have two slots for the NVMe M.2 2280 SSDs? Did you ever wonder what happens if instead of two NVMe disks you insert only one? If you use only one NVMe disk, this disk will be read-only. Synology NAS models that support NVMe disks require two NVMe disks in RAID 1 for Read/Write operations.

Ultimately you need to install 2 NVMe disks to benefit from both read and write operations in RAID 1. Never use just one NVMe disk.

SSD caching will most likely provide non-negligible performance improvements in the following scenarios: