If you have a Synology NAS, you can choose a different RAID type for your HDD or SSD disks based on your needs. RAID is the acronym for Redundant Array of Inexpensive Disks, the purpose of which is to give you varying degrees of resilience by copying / spreading the data from a disk to one or more other disks. If a drive fails, the system is able to keep operating, using the remaining drive(s) while you organize a disk swap. The data storage virtualization technology combines multiple physical disk drive components into one or more logical units for the purposes of data redundancy, performance improvement, or both.

The following manual RAID levels may be available on your Synology NAS:

If you don’t have the technical expertise to differentiate between the different RAID types to suit your use case, Synology has you covered with Synology Hybrid Raid (SHR):

Synology SHR is an automated RAID management system that makes storage volume deployment easier than traditional RAID systems. SHR will allow users to handle RAID management, expand storage and maximize storage capability and meet the needs of new users who are unfamiliar with RAID types. SHR allows for 1-disk or 2-disk worth of redundancy – meaning the SHR volume can suffer up to two disks lost, and the data volume will still be available for use. Note that a RAID volume (either Classic RAID or SHR) is not a backup system.

RAID is NOT a backup: RAID provides dynamic resilience so that your system can continue to run if a drive fails, by falling back on the other disks in the RAID system. But if data is accidentally deleted or modified, those changes are mirrored too. RAID is therefore not a backup service. Don’t confuse resilience with a backup archive – they are very different thins. You need a backup strategy.

RAID 1 is the best option: Writes identical data to both drives simultaneously and provides data redundancy. This type of RAID will slow down your hosting server a little if you are using your Synology NAS for web hosting like I am, but should make it more secure and so much safer in case of disk damage, giving you a good chance at data recovery. 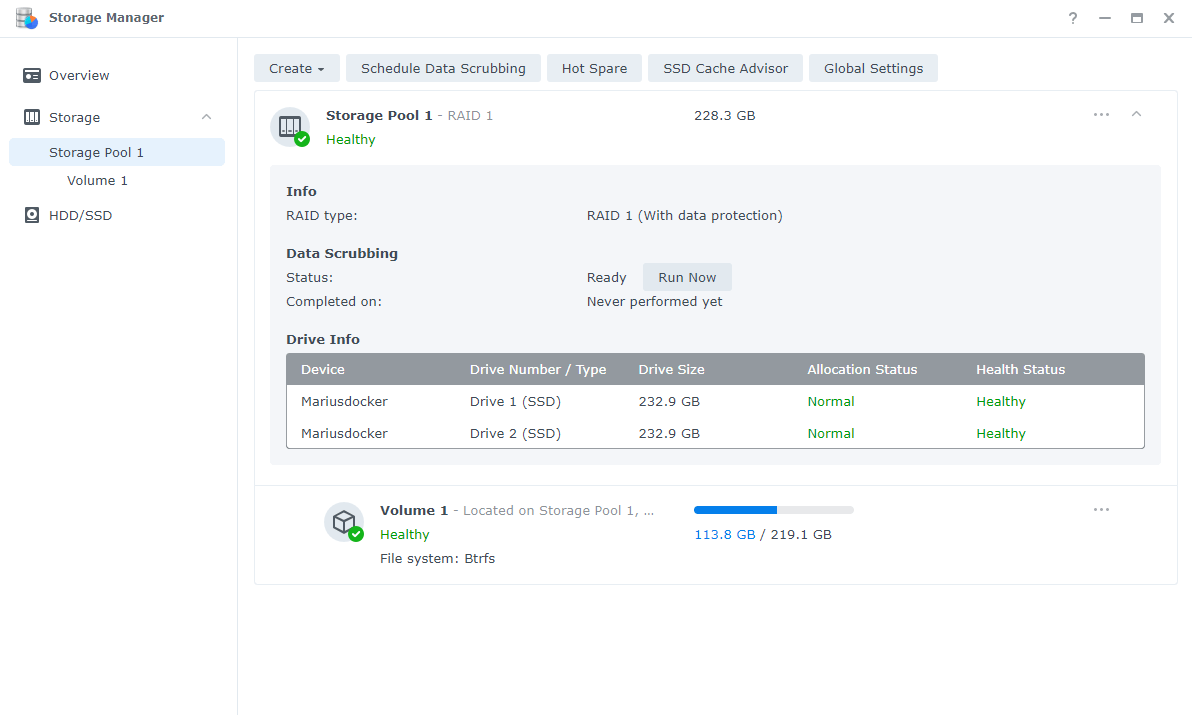 Can I change my RAID type after I have already set one? A RAID type can only be changed by adding one or more disks to the setup. Storage pools can be changed from one RAID type to another without losing existing data.

Best RAID Solution for web-hosting? RAID 1 is the best solution if you are using your Synology NAS as a web server for self hosting a website (or more).