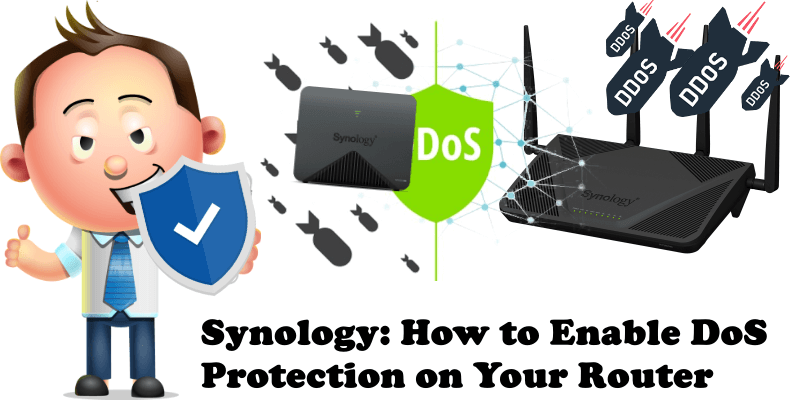 DoS (Denial of Service) attacks bombard a computer system with numerous requests exceeding the target’s capability. The attacked computer may miss important data/service requests (e.g. email messages) from outside, and suffer from limited Internet bandwidth and system resources. Denial of service is typically accomplished by flooding the targeted machine or resource, in our case the RT6600ax, RT2600ac router or the MR2200ac router or the Synology NAS device with superfluous requests in an attempt to overload systems and prevent some or all legitimate requests from being fulfilled.

Which Protection Can You Enable On Your Synology Routers?

You can enable DoS protection on your Synology Router device.

How do I Enable DoS Protection On My Synology Routers?