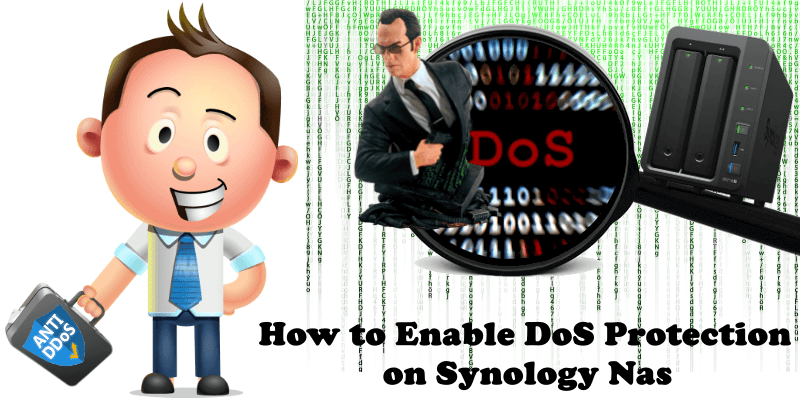 A DoS (denial of service) attack is a cyber-attack in which the perpetrator seeks to make a machine or network resource unavailable to its intended users by temporarily or indefinitely disrupting services of a host connected to the Internet. Denial of service is typically accomplished by flooding the targeted machine or resource, in our case Synology NAS, with superfluous requests in an attempt to overload systems and prevent some or all legitimate requests from being fulfilled.

Which Protection Can You Enable On Your Synology NAS?

How Do I enable DoS protection On My Synology NAS?

Go to Control Panel / Security / Protection tab scroll down the page until you find “Denial-of-Service (DoS) Protection”. Select your network interface in my case Bond 1 with link aggregation then check Enable DoS protection. Click Apply. Follow the instructions in the image below. 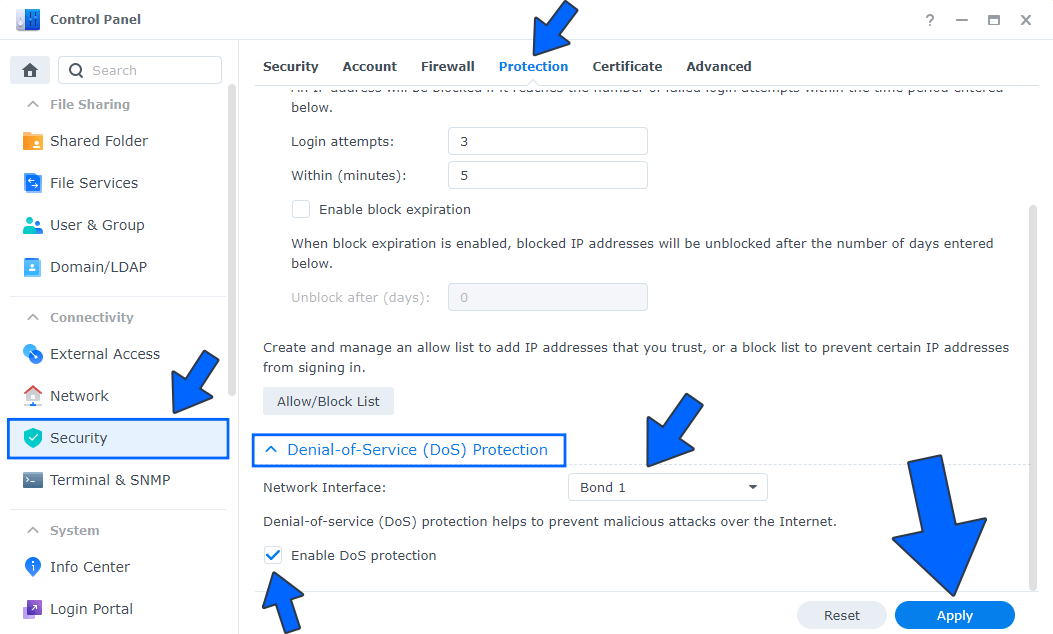 Note: If your Synology NAS device connects to the Internet via PPPoE, the related DoS protection or VPN pass-through rules must be configured on the corresponding PPPoE interface.