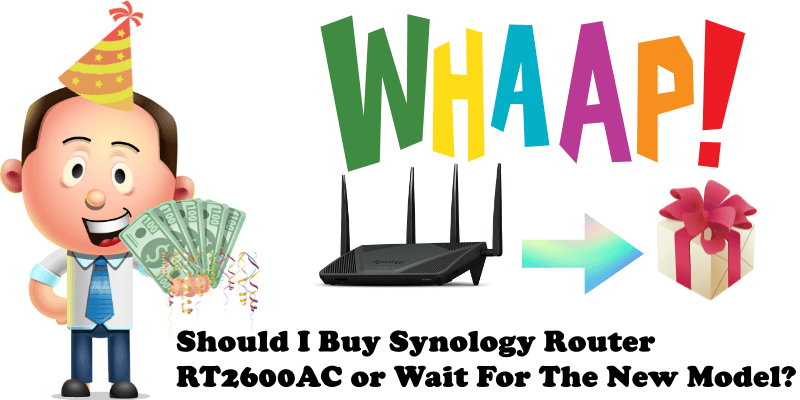 On December 21, 2016, Synology has launched one of the best routers in the world: code name RT2600AC. The router released was available in Australia, Hong Kong, New Zealand and Taiwan immediately after, and in the rest of the world in early January 2017. In December 2019, the RT2600AC router will be three years old. By now, Synology has pretty much finished their events calendar all around the world, but there was no mention of a new router at any of these events. However, that doesn’t mean a new router is off the table. Which of you wouldn’t want to get a new Synology router for Christmas?

According to my calculations, there is a remote possibility that December 21st 2019 is not the next end of the world, as the Mayan calendar apparently predicts once again, but a chance for a new router release! Maybe! Hopefully! In numerology, the number 3 has a positive vibe and some even think it’s lucky. Number 3 is significant in Taiwanese culture as it stands for growth, representing the three important stages in a man’s life.

After plenty of sleepless nights, my calculations indicate that the new router could have a code name something of the likes of RT3000AC, RT2900AC or RT3600AC with the integration of Wi-Fi 6 and a more powerful CPU.

What is Wi-Fi 6? Wi-Fi 6 is the next generation of WiFi technology. Wi-Fi 6 is also known as “AX WiFi” or “802.11ax WiFi” and it builds on and improves the current 802.11ac WiFi standard. Wi-Fi 6 was originally built in response to the growing number of devices in the world.

And finally, the big question: should I buy the RT2600AC Synology router or wait for the new model? I would say wait until December 21st 2019 if you are looking to buy a new router. It’s not long until Christmas, and waiting an extra month or two at this point can’t hurt.

Obviously, these are just assumptions and there’s been no official statement from Synology. At the same time, Synology loves making surprises, as it happened before Christmas in 2016.

Since Today 22.12.2019 no news from Synology and new router model. Keep an eye to this article for updates.

Who knows if we will have a surprise for Christmas 2020.