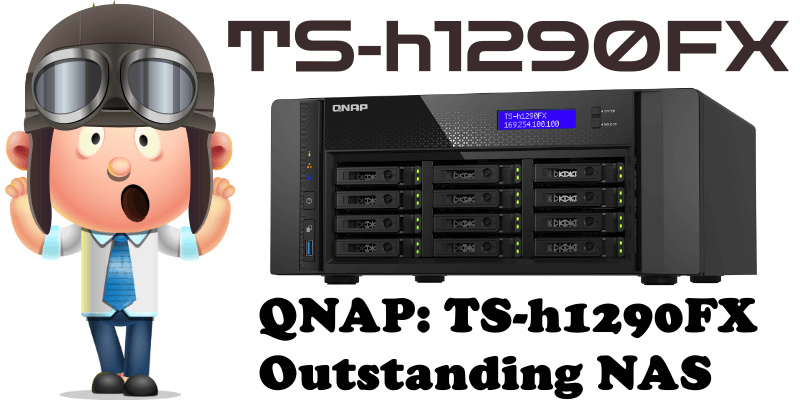 Recently, while doing research on the best NAS hardware, I came across the new QNAP model codenamed TS-h1290FX. This particular NAS model comes with a very impressive hardware portfolio. The model is not only one of the most powerful on the market, but also has a really attractive and eye-catching design. The new TS-h1290FX is equipped with an AMD EPYC™ 16 core 7302P/8 core 7232P processor and built-in 25GbE connectivity, and can tackle the heaviest of workloads.

The operating system of the TS-h1290FX is called QuTS hero and qualifies as an advanced OS system. QNAP’s QuTS hero operating system combines the app-based QTS with a 128-bit ZFS file system to provide flexible storage management, comprehensive data protection and optimized performance to meet the needs of business-critical applications.

Note: Intrigued by the extremely powerful hardware of QNAP products, I want to see how the software compares so, in the coming days, mariushosting will be testing the QTS operating system on a 2Bay-QNAP NAS for the first time since starting this blog.