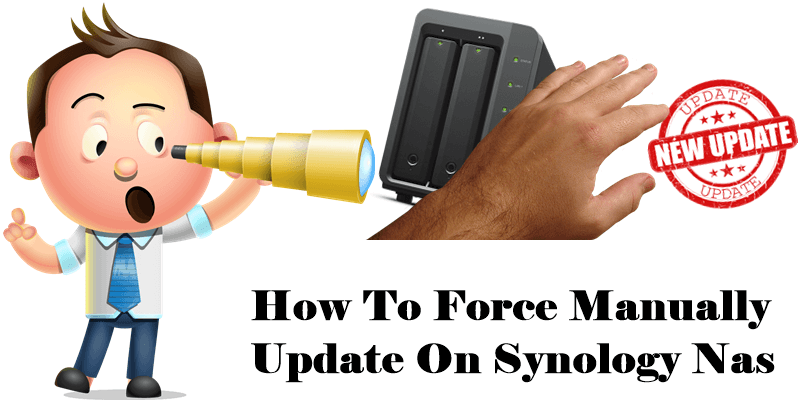 Yesterday I happened to notice that Synology had released a very important update to their DSM operating system: Version 6.2.2-24922-1. I decided to install the update manually by downloading it from the official Synology website. Nevertheless, I noticed that my Synology device refused to install the new update. Naturally, I wondered why. I realized that Synology did not actually release the latest security package on the official website. Instead, they released the old DSM version: 6.2.2-24922. When I tried to install the downloaded package, I got the following error message: The DSM version is not downgradable. The applied DSM must be newer than the current one.

UPDATE 8.07.2019: Synology has released a second important update to their DSM operating system: Version 6.2.2-24922-2. To install it, follow the updated instructions. 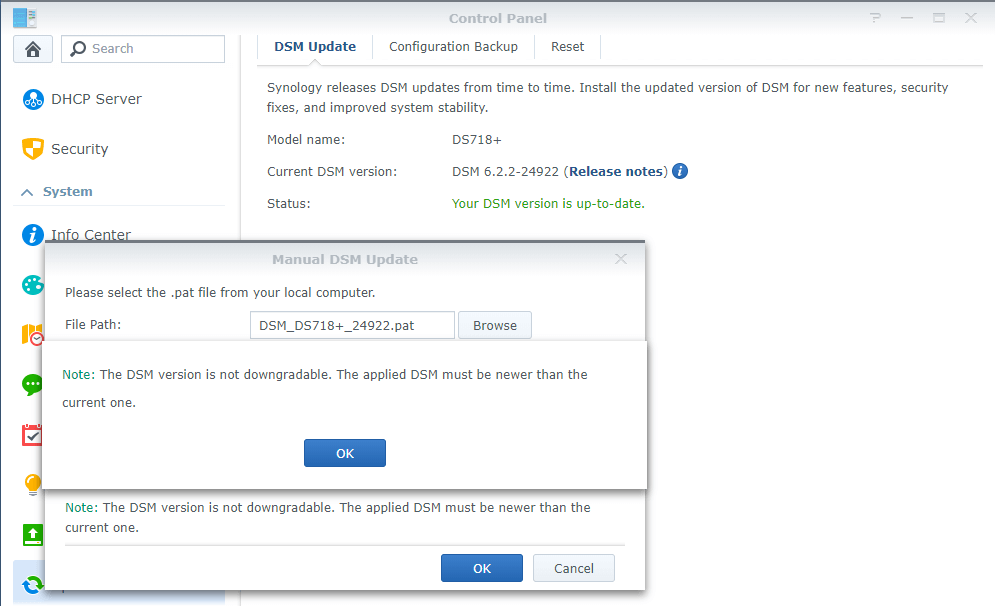 Bewildered by this message, I then realized that the DSM version downloaded from the Synology website that I had been trying to install manually was an old one, not the new one. Synology support was not very helpful. I opened a Ticket and got the following answer:

You are correct, new version is released.

But, each update is not available for all markets at the same time.

Therefore, you would need to wait couple days until update will be available for your region.

If you have any additional questions do not hesitate and contact me again. 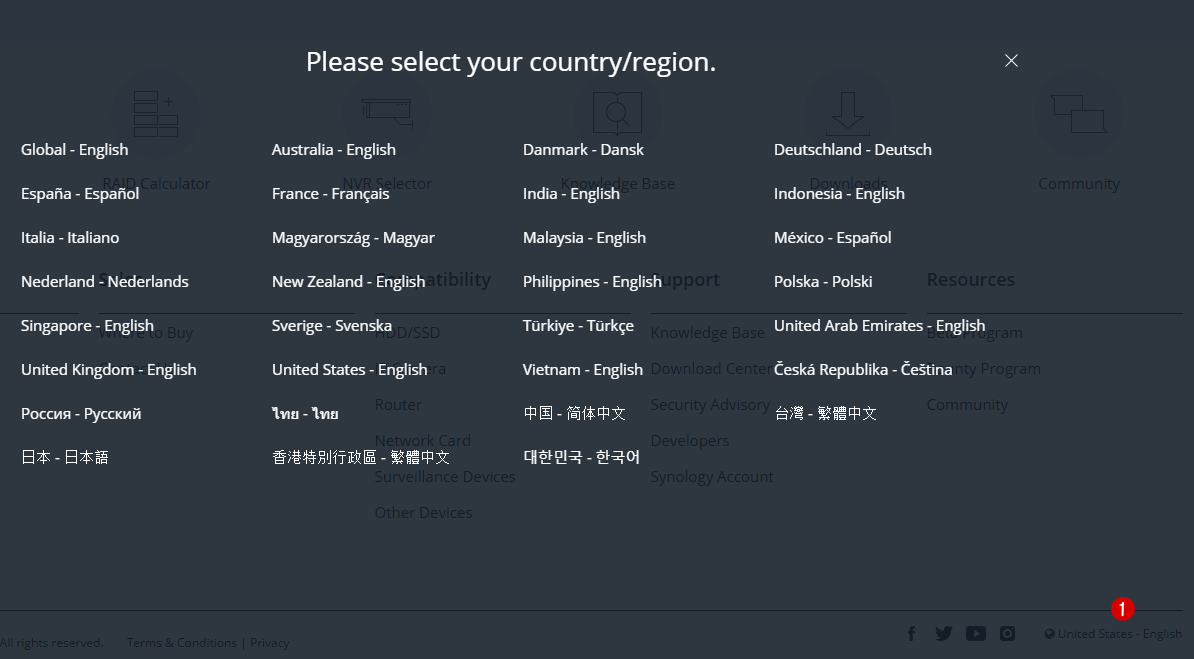 I already knew that Synology could not make the new DSM version available for automatic update at the same time for all countries/regions. But the manual update should have been available. So why couldn’t I download the new version manually? Well, after countless searches I was redirected to the Synology release archive available at this address. I found the update folder for June 9, 2019 right on the website, that is, the latest package released, and I immediately opened it. See the screenshot below.

I was finally able to download the new DSM version for my DS718+ Synology NAS device from inside the folder. The package in question in my case is 9.6 MB and is called synology_apollolake_718+.pat 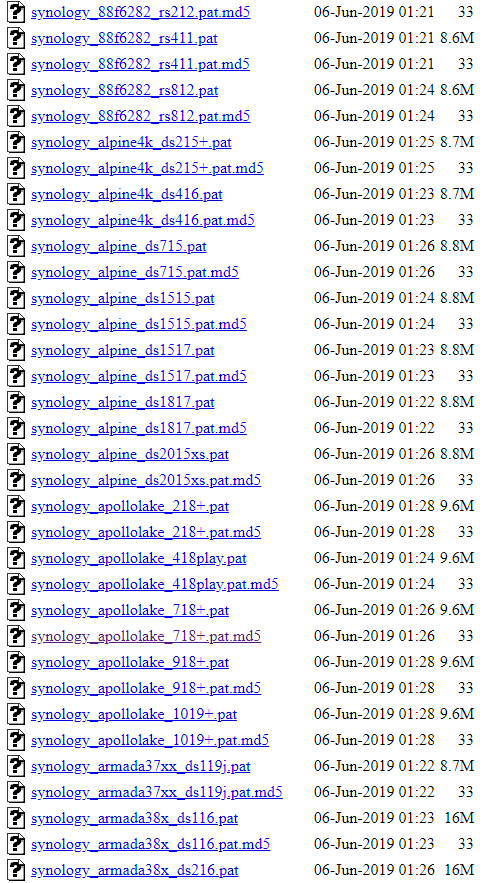 Once I manually downloaded this package, I immediately uploaded it to my device. See the screenshot below. Learn how to manually update your Synology NAS 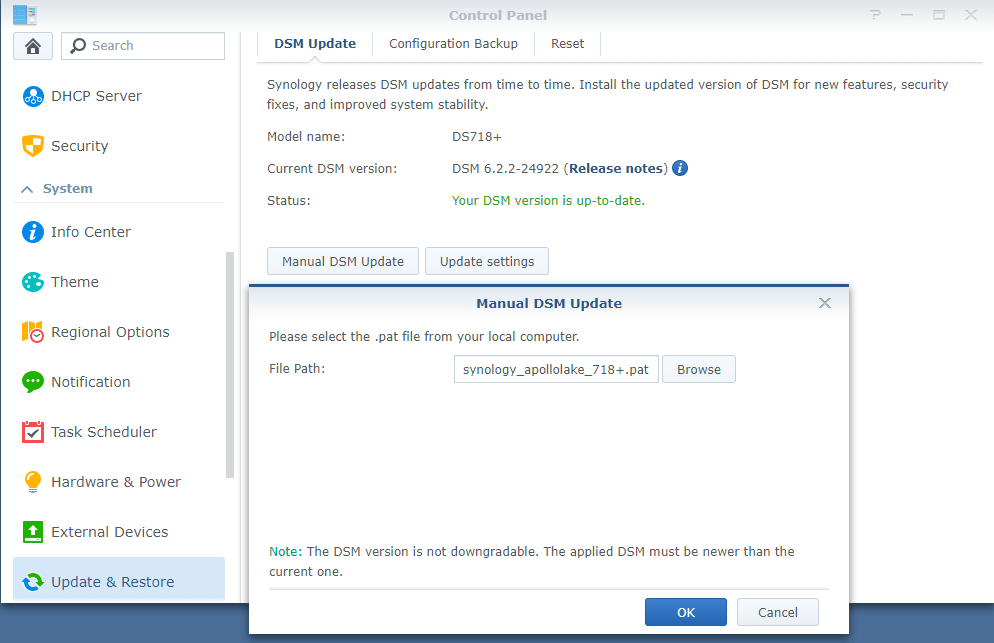 Finally returning to my device’s Control Panel, I saw that DSM Version 6.2.2-24922-1 (the update) was installed correctly. 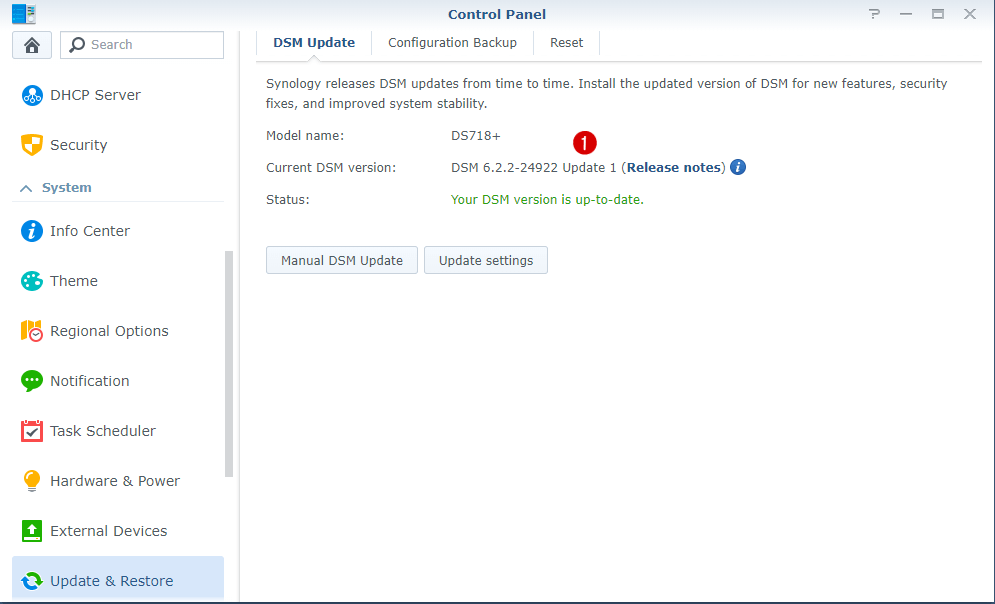