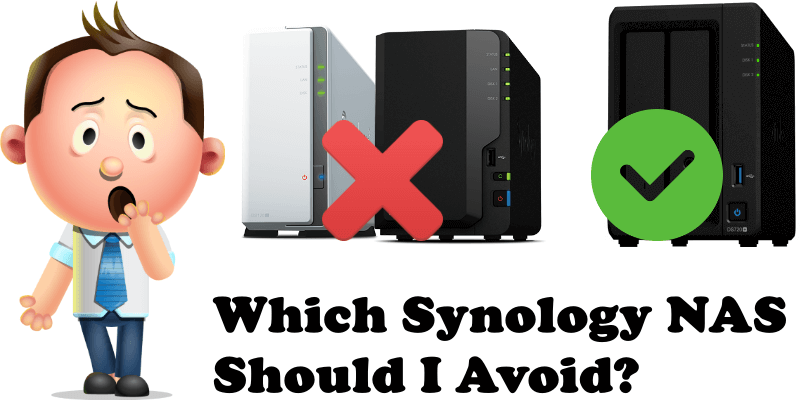 For the most part people looking to buy a Synology NAS are wondering which is the best model they can get. The truth is there are many Synology NAS models that you simply can’t go wrong with, but today I’ll be telling you what you should avoid. First of all, avoid all the white NAS models: the white devices specifically are the low cost ones and have quite a slow CPU; more important, they do not support Docker. Second, you’d be better off avoiding the NAS models that aren’t plus+ series (Value Series). These NAS models generally have a slower CPU, and also don’t support Docker – and Docker is something you’ll want on your NAS! With Docker you can extend the functionality of your Synology NAS device and install applications that you never even thought you could install and use on your home network environment.

If you are considering getting yourself or someone else a NAS for Black Friday this year, as a Christmas or birthday gift or for New Year’s, follow my tips here on mariushosting: if you really want to buy a NAS, choose models starting from 2 Bays and go for the plus+ series! For example, the DS220+ Synology NAS. Always choose models with at least 2 or more bays and always of the plus+ series.

Having a NAS without Docker will limit your horizons only to Synology applications, which are great in themselves, but after you read mariushosting, you’ll definitely want to install thousands of other applications. So in summary: