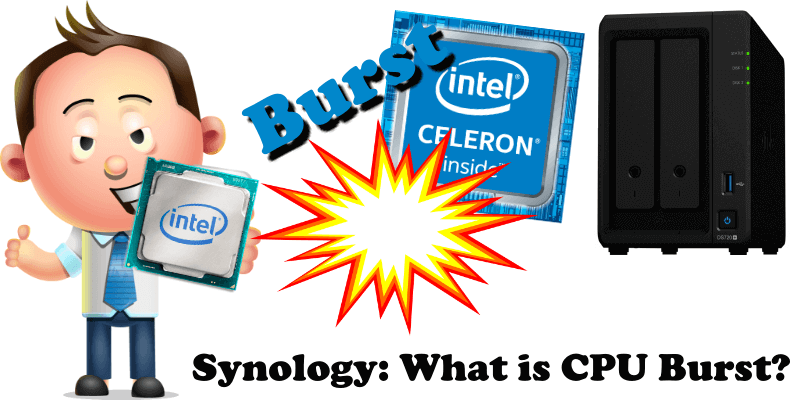 As you already know, DS720+ has 1 Intel Celeron J4125 2 GHz CPU with a 4-core 2.0 (base) / 2.7 (burst) GHz CPU frequency. You may be wondering what is Burst and what it means. Below I’m going to satisfy your curiosity. First of all you need to know what is CPU Base Frequency.

What is CPU Base Frequency?

Processor Base Frequency describes the rate at which the processor’s transistors open and close. The processor base frequency is the operating point where TDP is defined. Frequency is typically measured in gigahertz (GHz), or billion cycles per second. For example: Intel Celeron J4125 2 GHz 4-core CPU.

Burst frequency is the maximum single core frequency at which the processor is capable of operating. Frequency is typically measured in gigahertz (GHz), or billion cycles per second. For example: Intel Celeron J4125 CPU 4-core 2.7 GHz Burst.

Note: Think of a BURST as a brief stretch of run during which you run as fast as you can go until you can’t anymore.