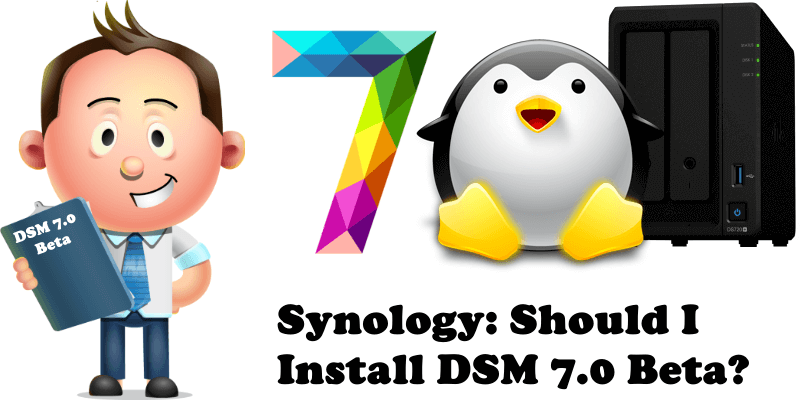 We are all excited about the release of DSM 7.0 Beta and we all want it right away because the waiting time was certainly long enough. And even though it’s still an unfinished version, a Beta, we can’t wait to try it! But if you only have one Synology NAS, well, my advice is to hold off on installing DSM 7.0 Beta just to avoid any potential unpleasant surprises before the holidays. If, on the other hand, you have another NAS you use for testing, then go ahead and enjoy yourself and run all the tests you want with the newly released Beta. But do not install DSM 7.0 Beta on a production environment. So dear readers who only have one NAS, my advice for the moment is not to install DSM 7.0 Beta. Wait for the final version in which every little issue will be solved. Below I wanted to summarize the major problems with DSM 7.0 Beta that are still unresolved:

On most Synology NAS models you can run a DSM 7.0 Beta VM without any risk to the system. Just install Virtual Machine Manager on your Synology NAS currently running DSM “6.2.3”, then download the DSM .pat file from the Synology beta website (in the dropdown menu choose VirtualDSM). Note: Virtual Machine Manager may require a Virtual DSM License. Follow the instructions below:

Install Virtual Machine Manager on your Synology NAS on which you are currently running DSM 6.2.3 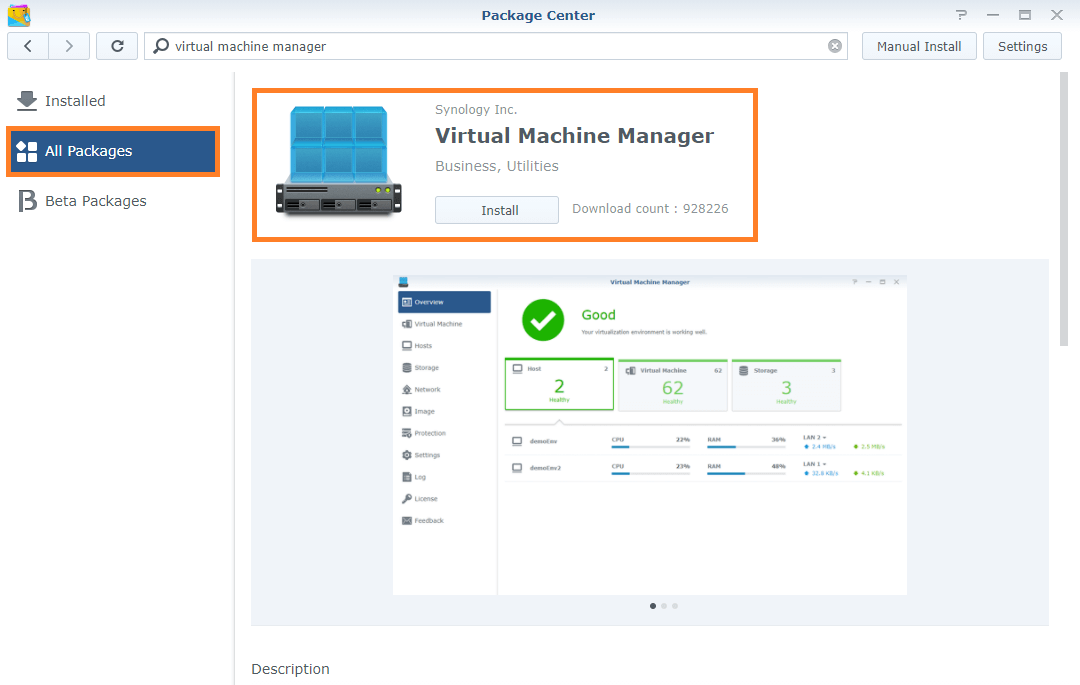 Note: I took part in DSM 7.0 Preview and I can honestly say that, in the three months that have passed since the launch of DSM 7.0 Preview, great strides have been made. DSM 7.0 Beta itself is better than DSM 7.0 Preview. I have reported several bugs, most of which have already been fixed, although not all. I want to congratulate all Synology developers for their commitment and dedication over these long few months. I am sure that DSM 7.0 final version will be something unimaginable and futuristic as they are already on the right path. Synology is quality, but also dedication.