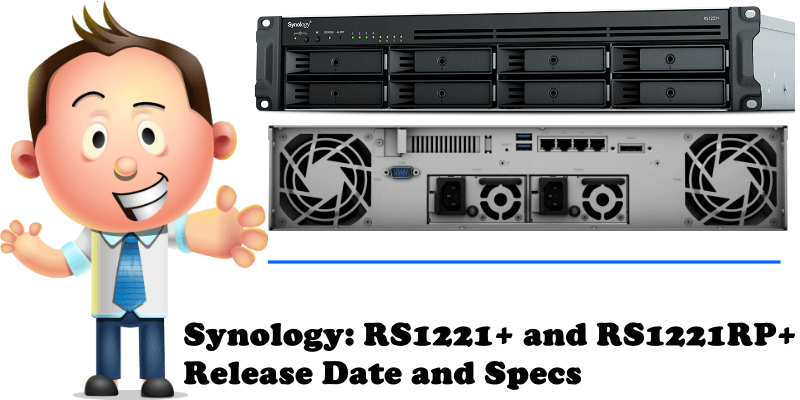 There is a 4GB pre-installed memory module, but it is possible to go up to 32GB of RAM. The NAS models are also equipped with PCIe 3.0 slots and can be further expanded using an RX418 drive.

There are no NVMe slots for cache, as is the case for desktop models such as DiskStation DS1621+; for cache, you can take advantage of the PCIe slot, but you will have to choose between cache on SSDs and faster network connectivity. Like all Synology brand products, the RS1221+ and RS1221RP+ are also equipped with the DiskStation Manager (DSM) operating system and therefore integrate with other Synology solutions, and beyond. The operating system can easily be upgraded to DSM 7 beta.