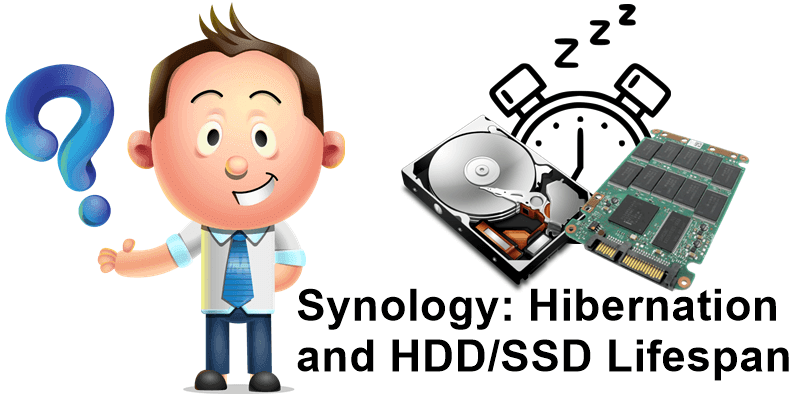 While I was quietly laying in my bed I took a look at my Synology NAS DS720+ and I realized that the green status LED was off. I did not understand the reason why the LED turned off by itself, but the first thing I did was connect to my DSM via a browser and, just like that, the “status” led turned on. This was when it happened for the first time, but I did not understand the reason why it happened at the time.

Yesterday I noticed that the green “Status” LED was off once again, but when I entered my website mariushosting via mobile phone I realized that the green “STATUS” LED immediately turned on. At the same time, I noticed that there was a little lag when I accessed my website. I immediately understood that there must have been something wrong with some setting and that it was likely something put in place specifically to save energy. The setting in question is hibernation of HDDs and SSDs. The key question that everyone is asking is this: modern HDDs and SSDs seem to go to sleep every few minutes.

Is it a good idea to keep them running all the time?

Generally yes, spinning up and down puts a lot of stress on the motor and bearings. The actual question you’re looking to ask is: what’s the breaking point? And would it be better to stop the disk spinning if it’s not going to be used for 20 minutes, an hour, a day or a week?

I don’t have a correct answer to that, but generally it’s not something you need to worry about either. Hard drives are fine spinning continuously for 5+ years, and they are also fine being powered on and off on normal consumer usage. Don’t power them on and off every 10 minutes or something like that for years on end and they will probably be fine.

So, if we use both HDDs and SSDs, what should we do?

We all know that continuously turning on and off a SSDs disc reduces its life span but this also applies to HDDs. Finally, I personally considered it appropriate to disable this option especially if you use Synology NAS as “Hosting”. Below I will explain the procedure to disable the automatic “hibernation” shutdown of the disks.

Go to Control Panel / Hardware & Power / HDD Hibernation. Instead of 20 minutes Time select None then Apply. When all the settings are applied, everything should work well and you should never see the green “Status” led off ever again. Your HDD or SSD will never hibernate. 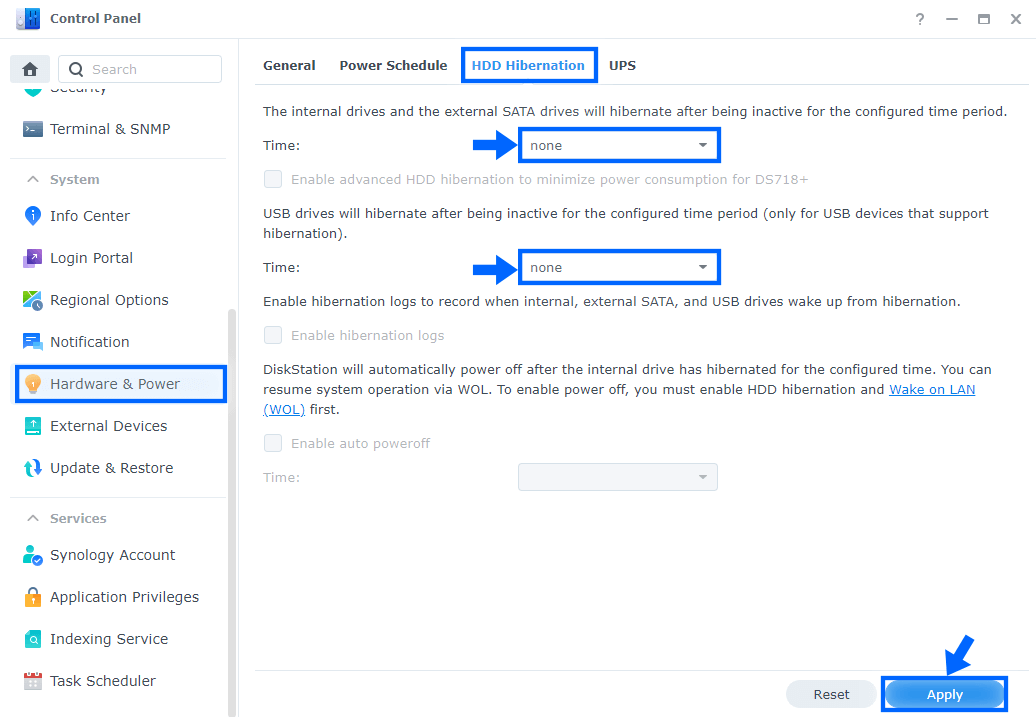