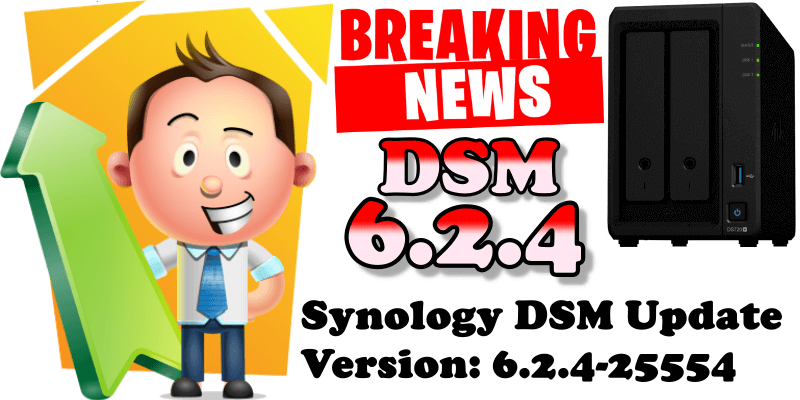 Today is a great day! Synology updated its DSM operating system which brings it to version 6.2.4-25554. The update can be downloaded via Control Panel / Update & Restore / DSM Update when will be available in your country. The update is not available in your region yet. The update is expected to be available for all regions within the next few days, although the time of release in each region may vary slightly. If you like me you want to download this new DSM version 6.2.4-25554 manually follow the official Synology link below. 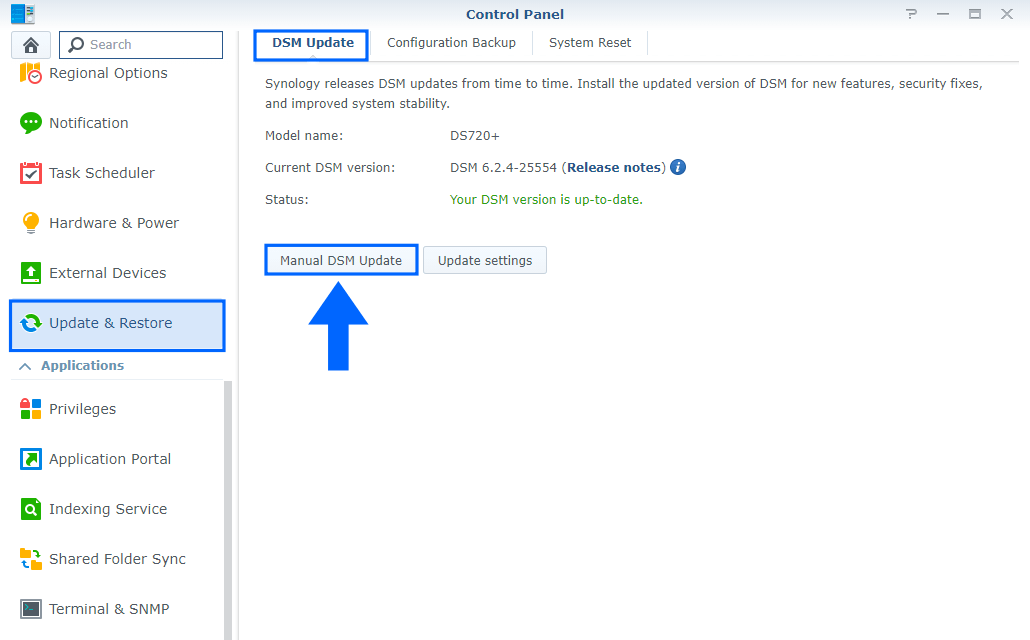 Limitations: In response to the enhancement of domain database synchronization efficiency, the domain user/group list will be updated once an hour when it is created with Synology Directory Server.