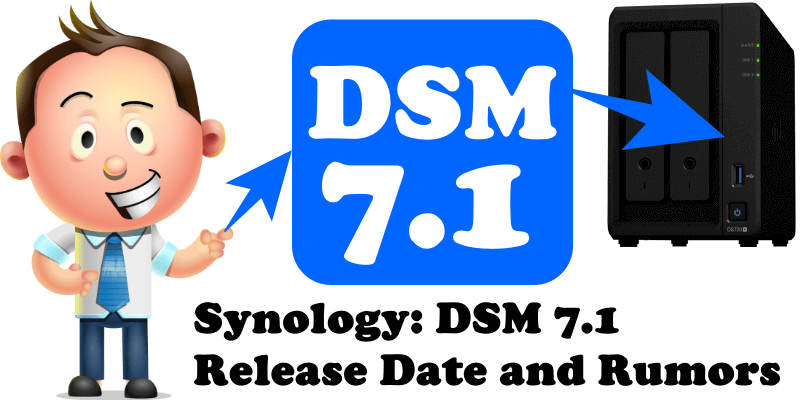 A major update to Synology’s operating system, DiskStation Manager (DSM), has been announced for 2022. The upcoming DSM 7.1 will be a relatively big update that will come, as always, with bug fixes, but also brand new features that uphold some of the highest security and functionality standards. One big focus of the DSM 7.1 update is Active Insight, Synology’s cloud-powered system status and monitoring solution that will enjoy many new features such as batch-deployment of updates across sites to allow for easier management of large-scale implementations. Also added to DSM 7.1 is a smarter integrated authentication system that digests activity patterns and reports on unusual activity.

Synology DSM 7.1 will be faster, easier, and more secure than the current DSM 7.0.1 so stay tuned with on mariushosting for upcoming news about the new DSM 7.1

Note: If you like the wallpaper in the screenshot above, you can download it from here.
Note: Synology DSM 7.1 will be released in Quarter 1 of 2022 as a public preview. Quarter 1 includes the months of January, February and March of 2022.