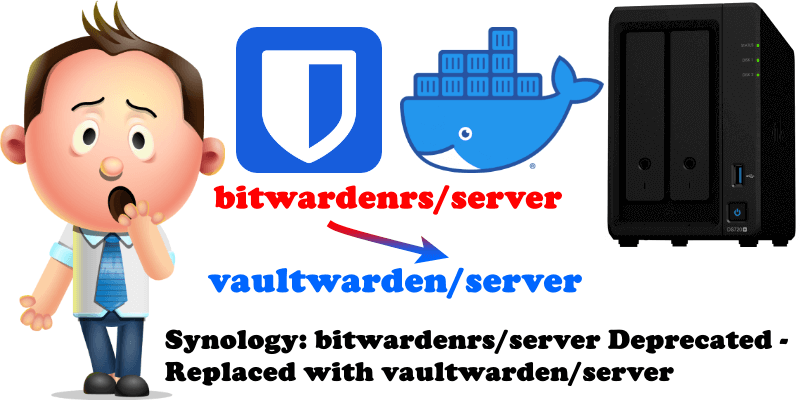 Starting yesterday, the bitwardenrs/server and bitwardenrs/server-mysql images have become deprecated in the Docker Registry. The new image for bitwarden is now vaultwarden/server which is equivalent to the old one, except for the name. So the upgrade is as simple as removing the old container and creating a new one with the new image, making sure the rest of the parameters are the same. 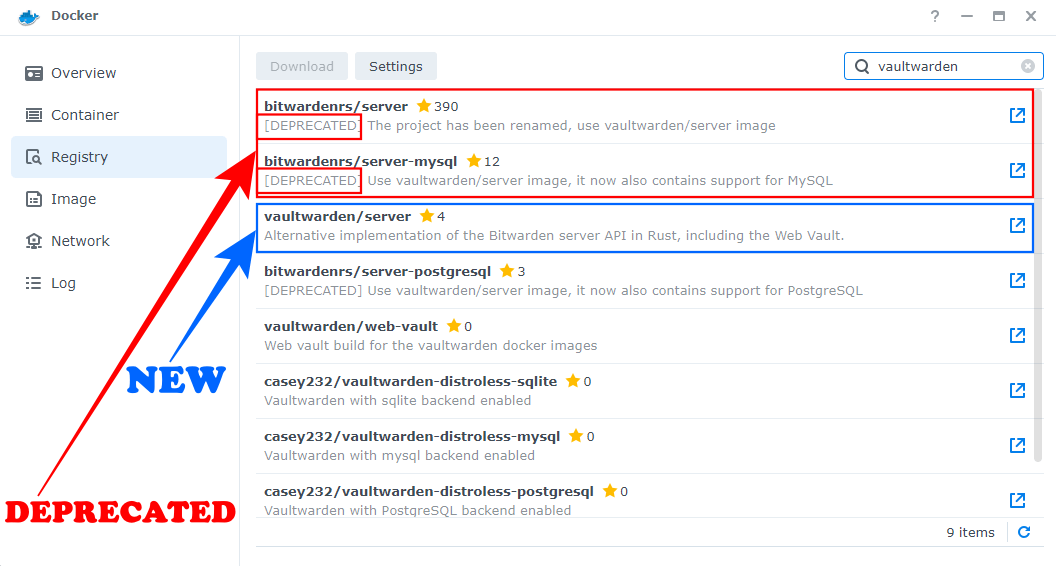 Note: Bitwarden will always be called Bitwarden and not Vaultwarden. Vaultwarden is the name of the docker image that allows Bitwarden to work locally on your Synology NAS.