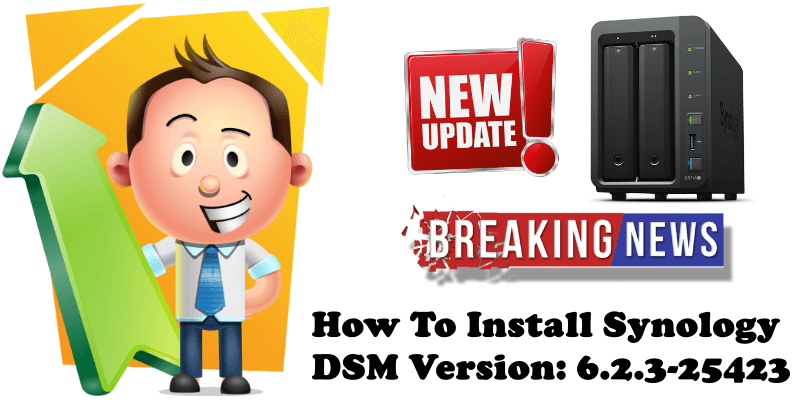 I happened to notice that Synology has released a very important update called DSM Version: 6.2.3-25423. The update is expected to be available for all regions within the next few days or months, although the time of release in each region may vary slightly. This update will restart your Synology NAS.

This update has been recalled on May 13 2020, since the search function across the system might fail if you have encrypted shared folder and Synology Universal Search 1.4.1 or earlier on your DSM 6.2.3. The issue has been fixed in 6.2.3-25426. You can download the new version 6.2.3-25426 directly from Download Center.

Go to the official Synology archive page and download the appropriate .PAT file package for your NAS. Follow the instructions in the image below. 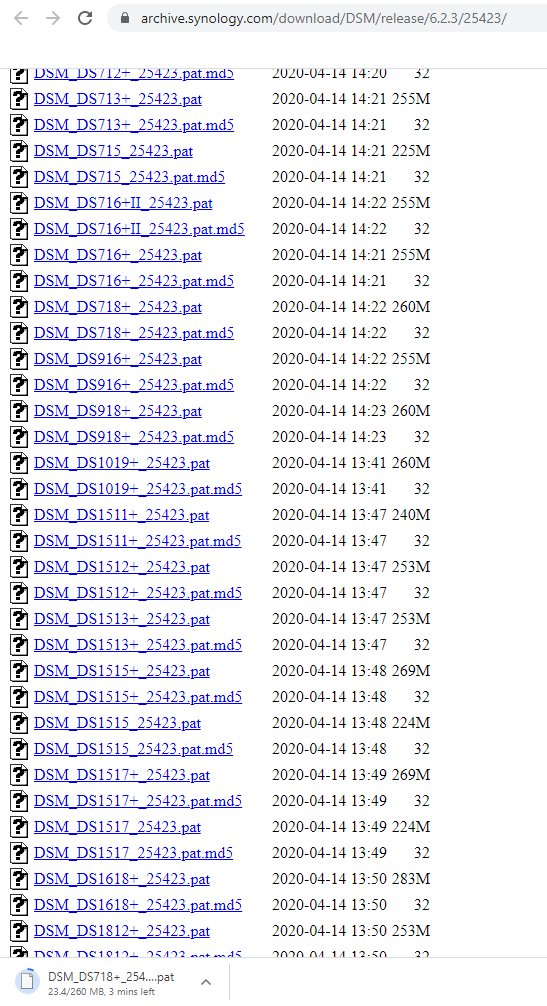 Upload the .pat file in your DSM. See the screenshot below. (Learn how to manually update your Synology Nas). What is a .PAT file? It’s a system file extension used by DiskStation Manager (DSM), the operating system used for Synology NAS devices; it contains the files required to install or update the low-level operating system software that runs the device; it can be used from the DSM Control Panel by choosing “Update & Restore” and then the “DSM Update” option. 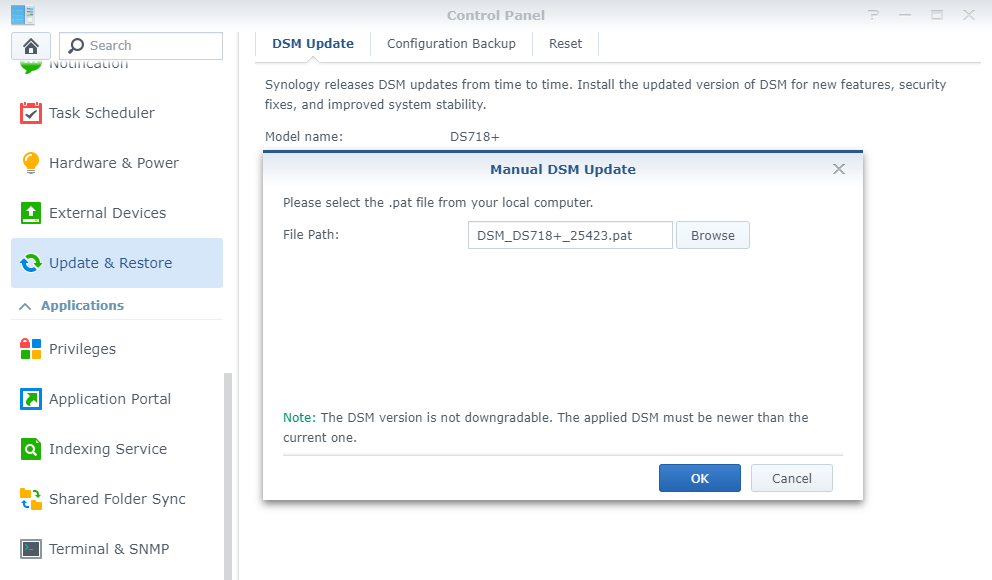 The actual update began within a few minutes and lasted about 5 minutes, then my device was restarted.

Once your Synology NAS is restarted, you will see this window where Synology tells you to allow them to anonymously analyze your NAS device. Select the last option that says “No Thanks!“. 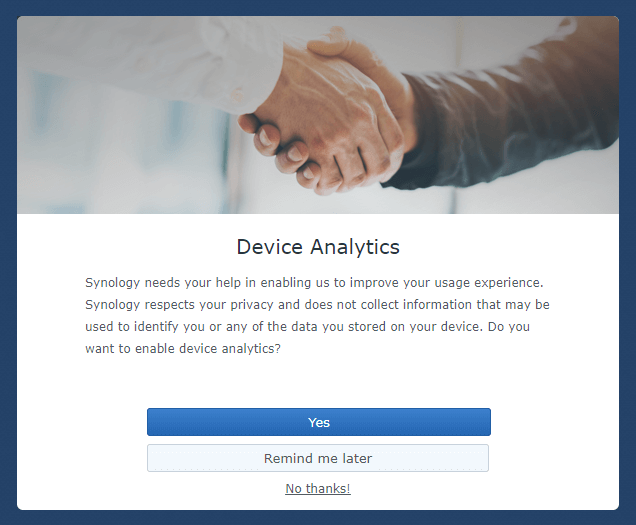 Finally returning to my device’s Control Panel, I saw the DSM Version 6.2.3-25423 update was correctly installed. 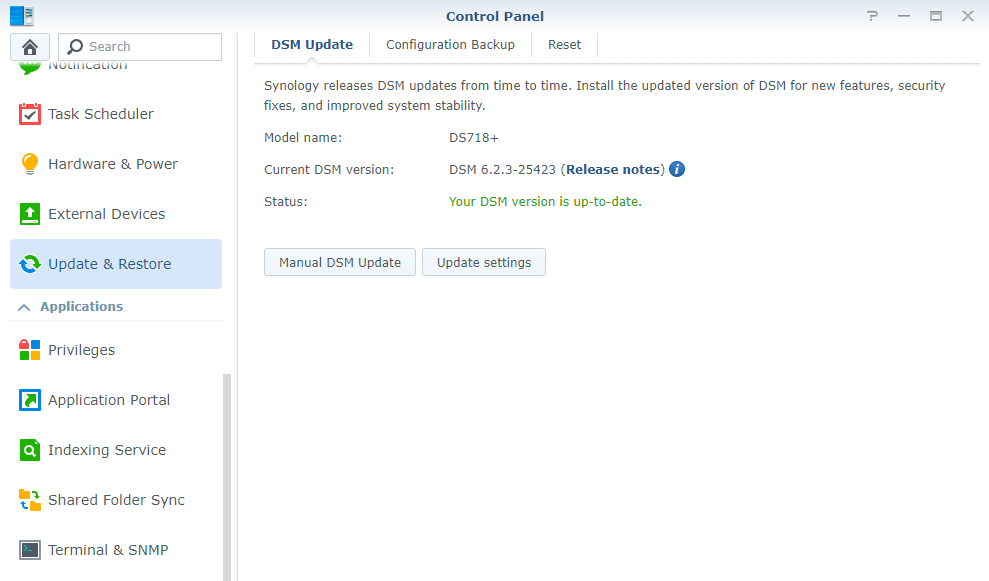 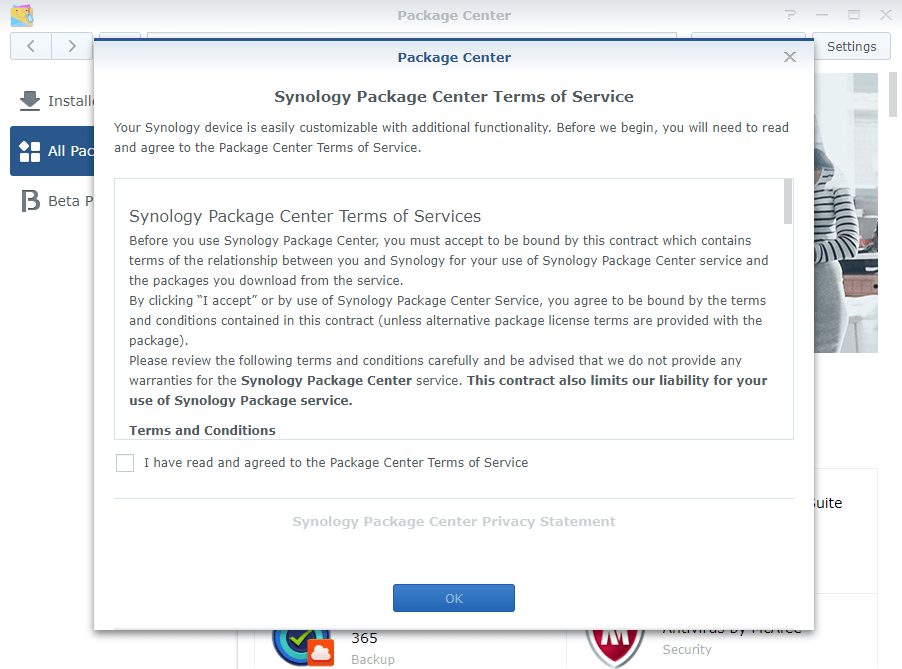