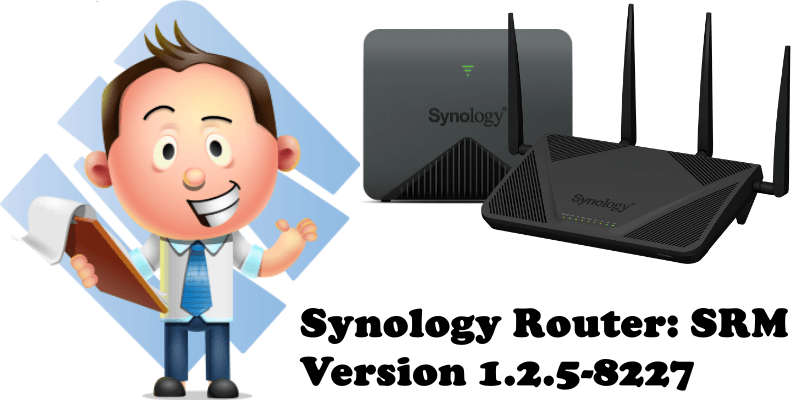 SRM is the operating system of the Synology RT2600ac and MR2200ac router. The update includes the latest features and enhancements. The update will be available for selected regions within the following weeks, although the release time in each region may vary slightly. This is a critical update so if you have already installed SRM 1.2.5-8225 the SRM 1.2.5-8227 is mandatory.

Log in into your RT2600ac router then go to Control Panel / System / Manual SRM Update. Follow the instructions in the image below. 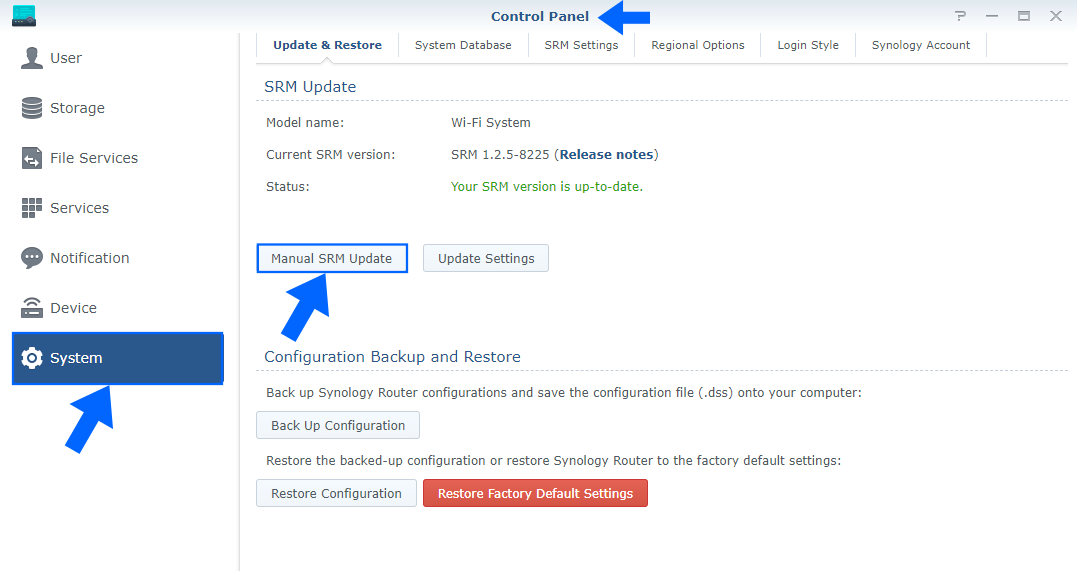 Select and upload the file you have previously download at the beginning of this article. Follow the instructions in the image below. 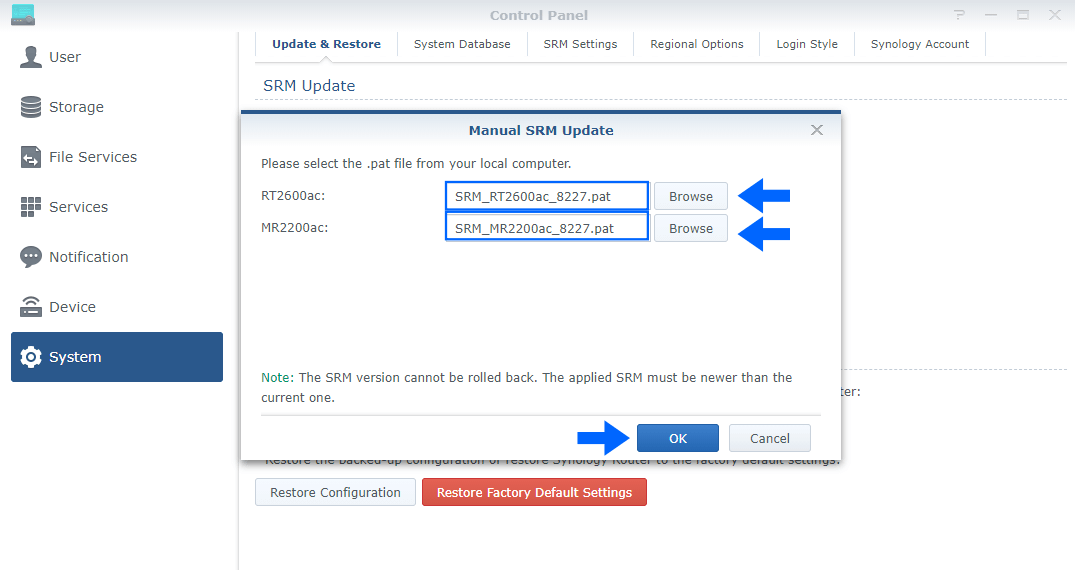 After you click OK on STEP 2 a new pop up window will appear with the following message: The system cannot be shut down during the update. Do you want to continue? Click Yes. Wait approximatively 5-10 minutes for the update to be completed. Follow the instructions in the image below. 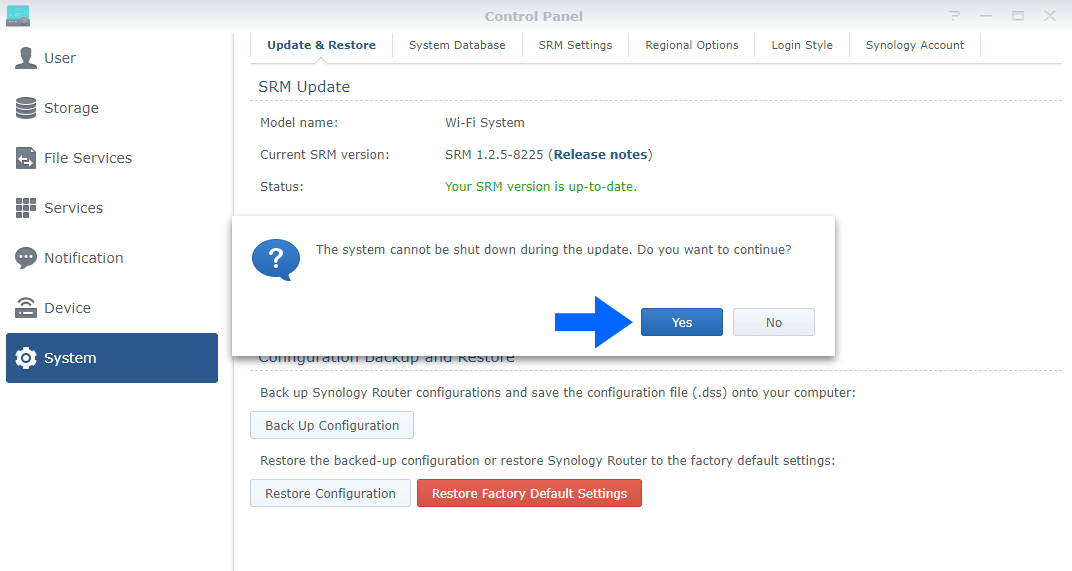 If everything went well, you will see the new SRM Version 1.2.5-8227 correctly installed. 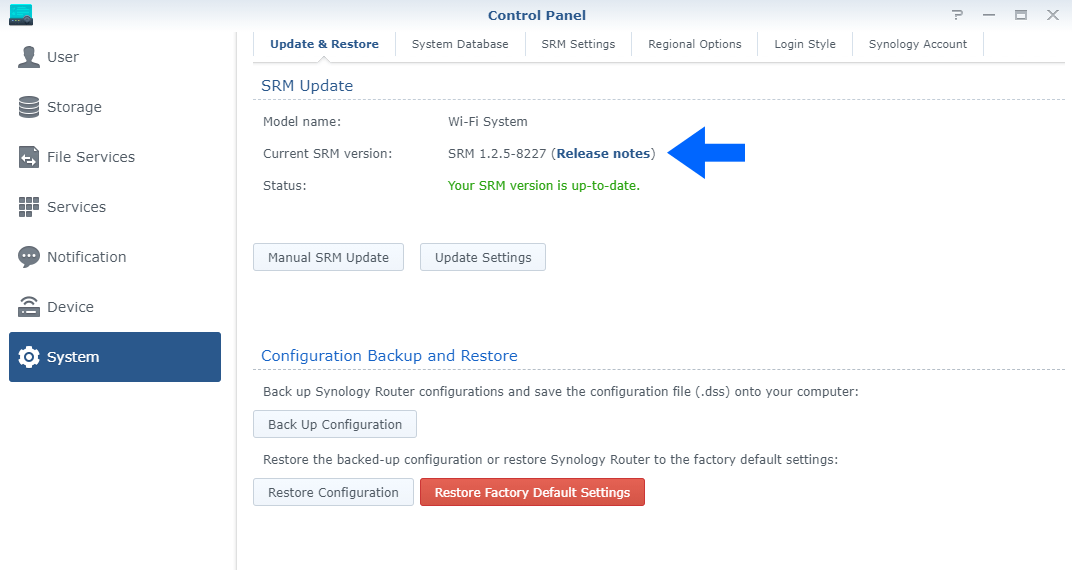