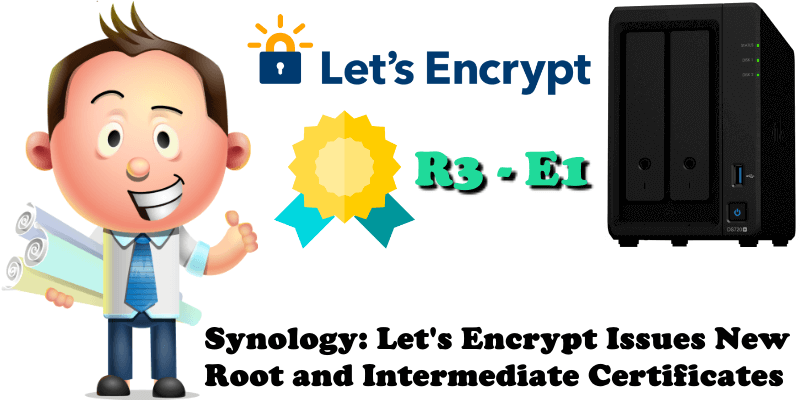 This is not related to the chain-switch coming up in January, and will not impact users on older operating systems. The R3 intermediate will still chain up to IdenTrust’s DST Root CA X3 by default (with an alternate chain up to ISRG Root X1 available, the same as today). Below is the Twitter announcement from Let’s Encrypt. 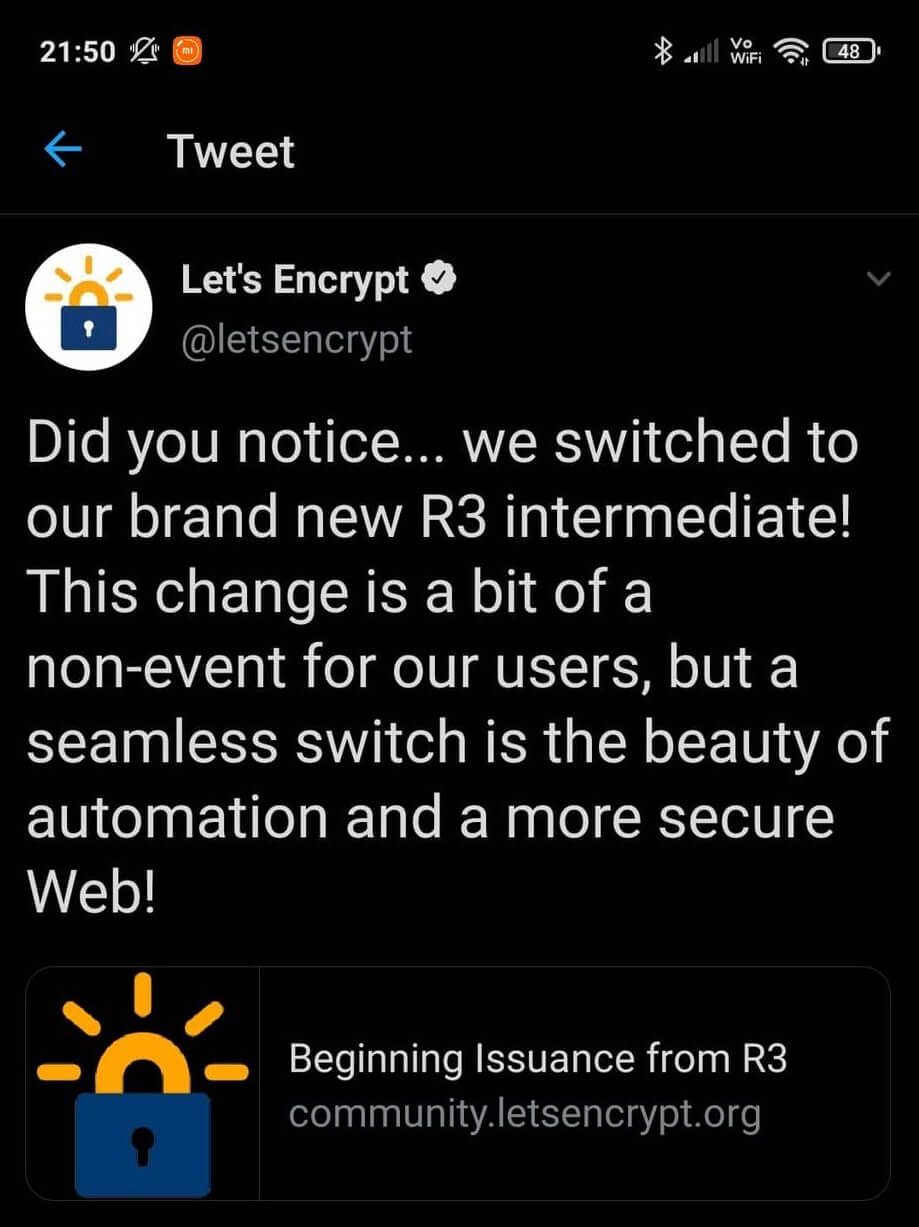 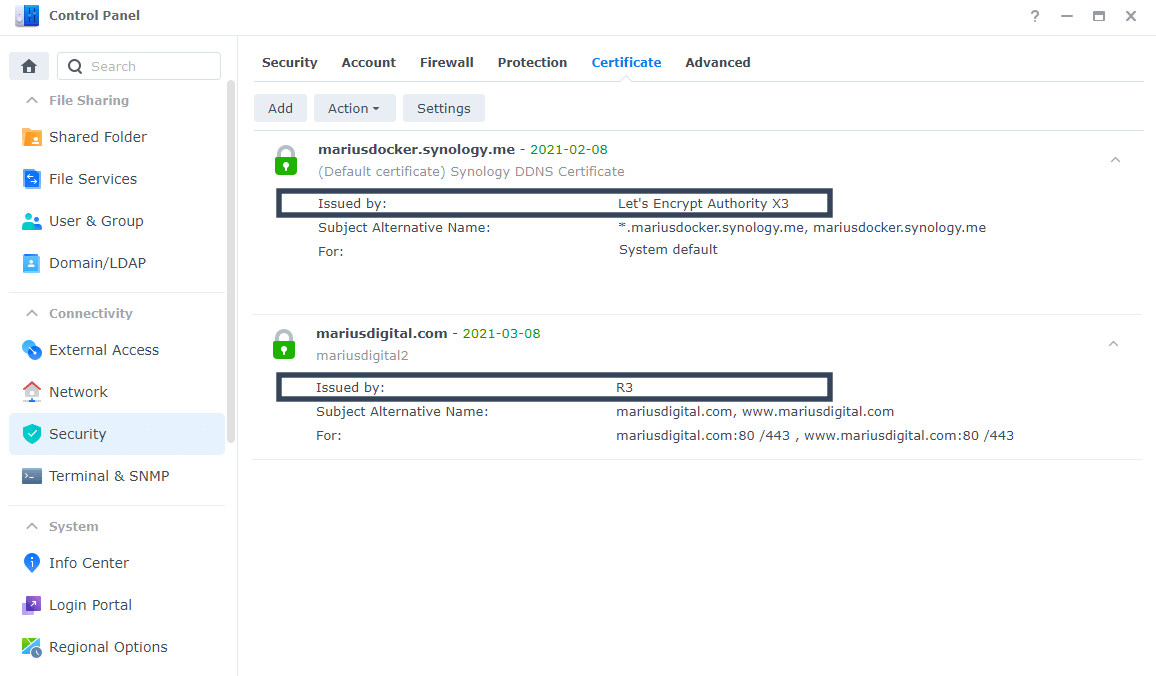 As you can see in the screenshot below mariushosting’s certificate is Issued by R3. 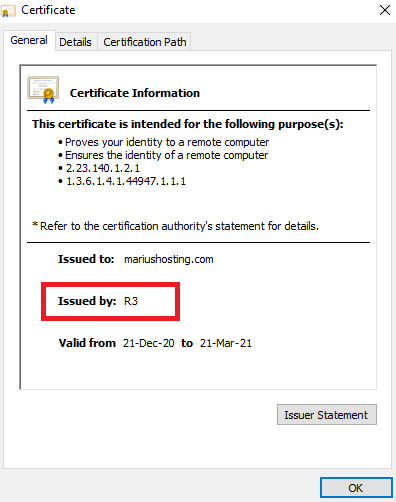 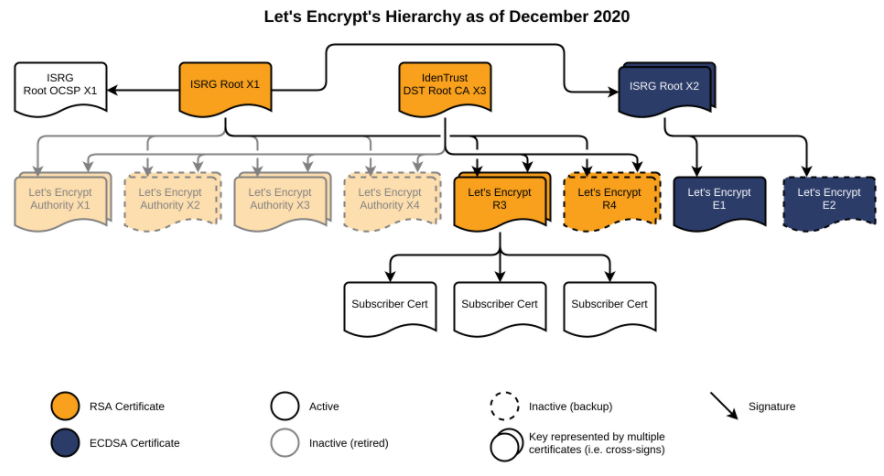