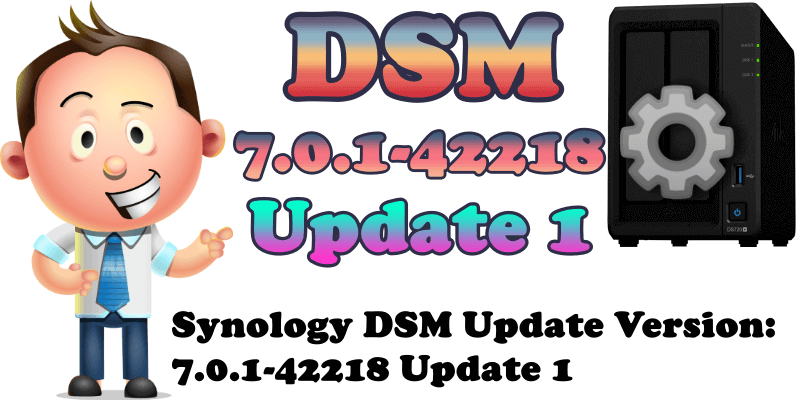 Today Synology released a new version of DSM 7, code name 7.0.1-42218 Update 1. Only Synology NAS devices with DSM 7.0.1-42218 installed can be updated to this version. The automatic update is not available in all regions yet. It is expected to be available for all regions within the next few days, although the time of release in each region may vary slightly. But if you don’t want to wait for the automatic update, you can manually download the new DSM 7.0.1-42218 Update 1 by following the steps below.

Go to Control Panel / Update & Restore then click on Manual DSM Update. Select the file you have previously downloaded at STEP 1 then click OK. Follow the instructions in the image below. 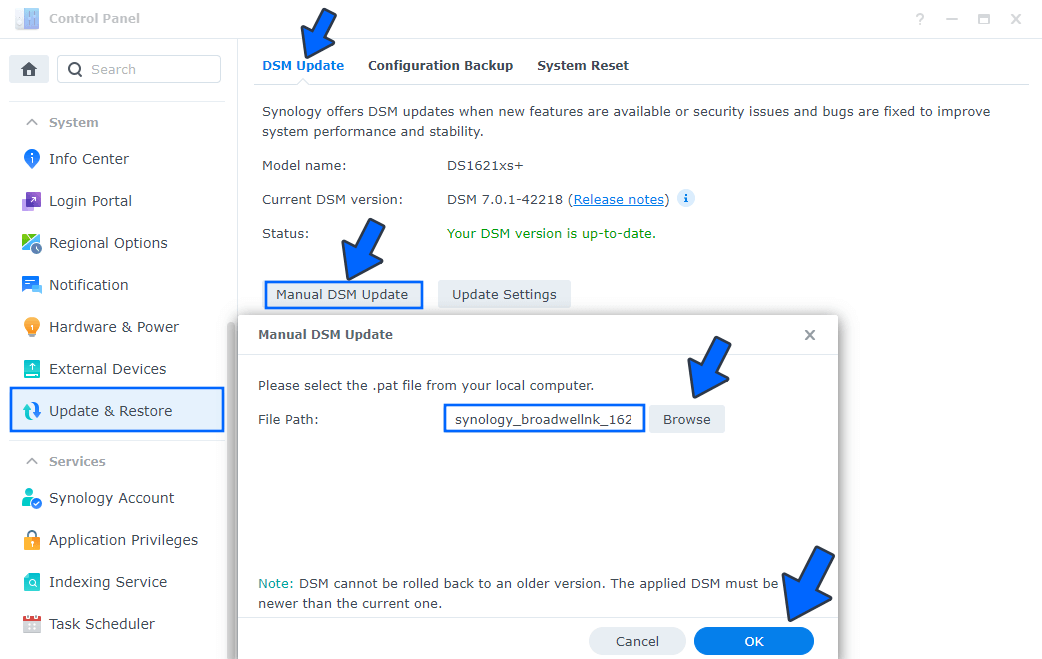 After approximately 10 minutes your new DSM 7 version 7.0.1-42218 Update 1 will be installed on your Synology NAS device. 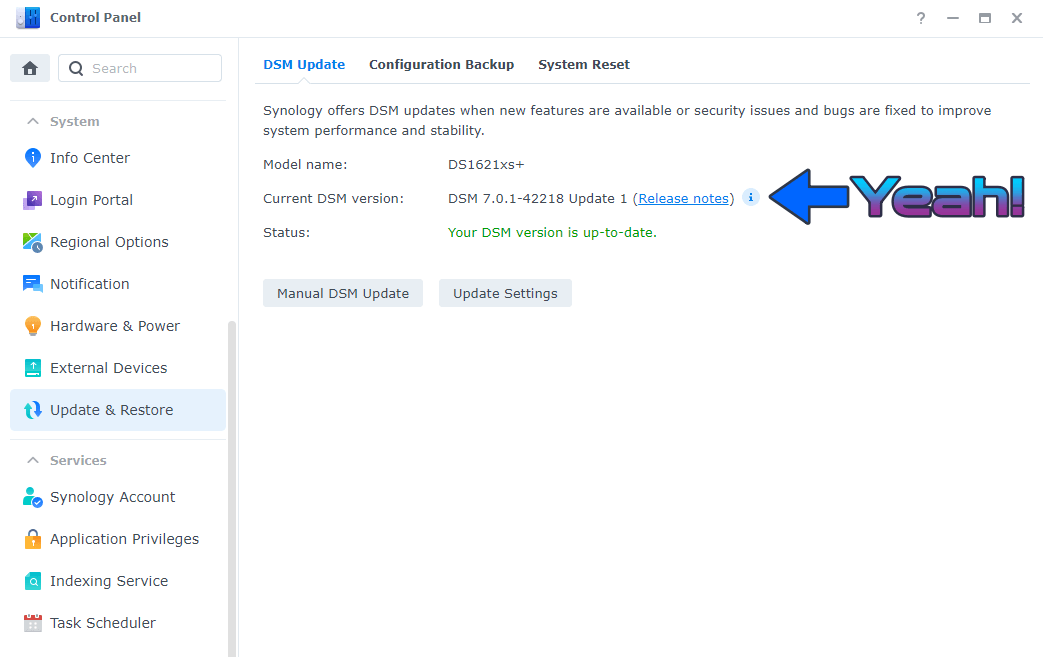