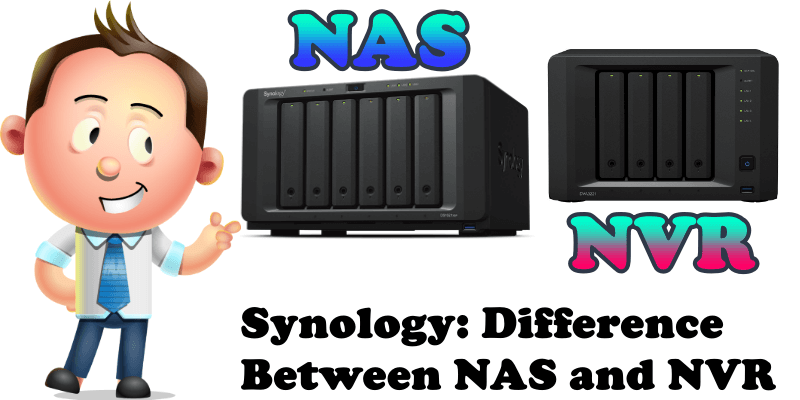 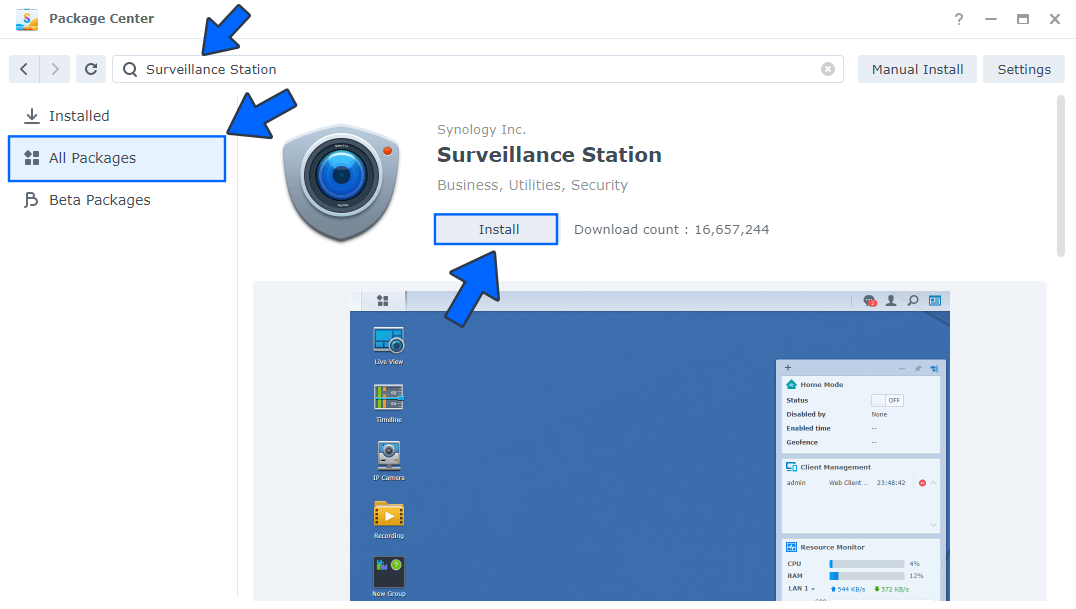 A Synology NAS is cheaper than an NVR and, if you don’t need Face Recognition or Deep Video Analytics, then it’s perfectly fine to use a NAS for video surveillance. But because video surveillance requires quite a lot of resources, it’s best and advised to have your other activities (e.g. Docker containers, personal storage for your data) running on a separate NAS. The more video cameras you have up and running with your Synology NAS, the better it is to run only video surveillance on said NAS.

Below is a screenshot showing the Surveillance Station Software installed on a DS720+ NAS through Package Center.

Note: If you want no more than 2 IP cameras for video surveillance, go with a NAS which includes 2 free default camera licenses.
Note: If you want to install more than 2 IP cameras for video surveillance, whether for your home or business, go with an NVR which includes 8 free default camera licenses.
Note: You cannot use a single NAS to host cameras at multiple locations such as your home and your business office – you’ll need a NAS, or NVR, at each address.
Note: You can transfer a purchased license from one NAS to another. Just delete it from the NAS it’s currently installed on, and it will become available to use with another NAS or NVR.
Note: The DVA3221 NVR supports the expansion of two DX517 units thanks to the two eSATA ports on the back.