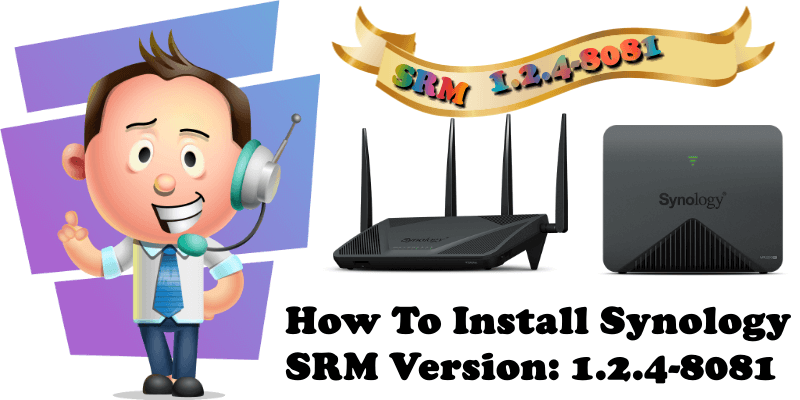 Today I happened to notice that Synology had released a very important update called SRM Version: 1.2.4-8081. The update is expected to be available for all regions within the next few days, although the time of release in each region may vary slightly. This update will restart your Synology Router RT2600ac, RT1900ac and MR2200ac. Go to Synology Download Center select your router then download the latest SRM Firmware 1.2.4-8081.

Due to security considerations, if configurations backed up from a mesh Wi-Fi system running SRM 1.2.3 or earlier are restored on the primary Wi-Fi point running SRM 1.2.4 or later, all Wi-Fi points (except the primary one) need to be reset and added to the mesh Wi-Fi system again.
Re-login to Synology mobile applications (DS cloud, DS file, DS get, DS router, and Synology VPN Plus) is required after SRM is updated to 1.2.4.

Note: The update will be available for selected regions within the following weeks, although the release time in each region may vary slightly.