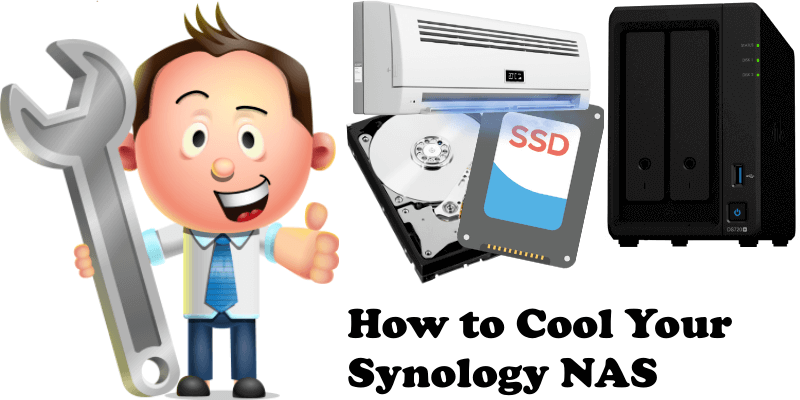 Cooling your Synology NAS plays a fundamental role in maintaining a perfect system, one that functions smoothly and works at optimal capacity. Good heat dissipation not only prolongs the life of your NAS device, but also the life of the disks inside it, whether they are HDD or SSD disks. Synology offers only one fan as a basic feature which can be controlled directly from your DSM by following the procedure shown in the image below. 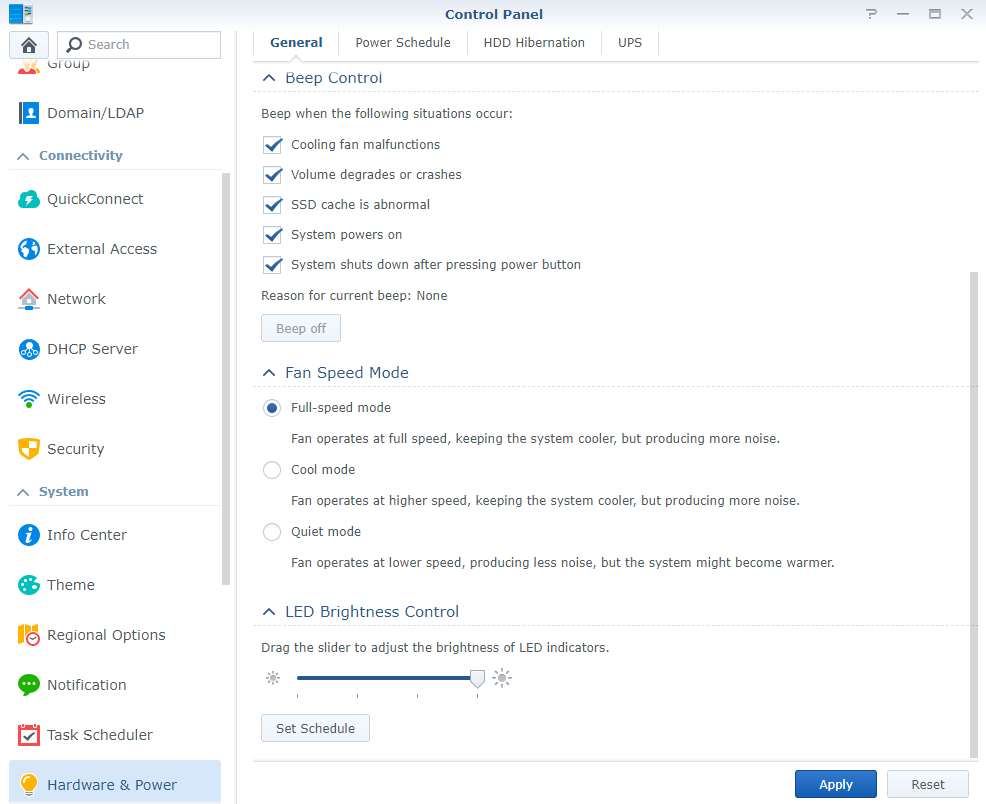 In Control Panel, go to Hardware & Power / General / Fan Speed Mode and choose the Full Speed Mode option. After you check the Full Speed Mode option, click Apply to save the new settings. Know that the noise your NAS device makes will increase as a result. However, the disks will cool down by up to 1 degree. At the same time, it might no longer be possible to sleep in the same room as your NAS because you may find the noise unbearable.

Thinking to myself there has to be something I can do, I set out to find an out of the ordinary solution that has not yet been used by anyone on Synology devices. One such solution I found really ingenious and acceptable price wise was this: I bought the Thermaltake 20 massive RGB, a simple Laptop cooling pad with a nice big fan in the center that works via USB. The nice thing about it is that you can choose the desired LED color, but also the fan speed. Below you can see some images of my Synology NAS together with the CyberPower UPS and the Thermaltake 20 massive RGB I just bought. 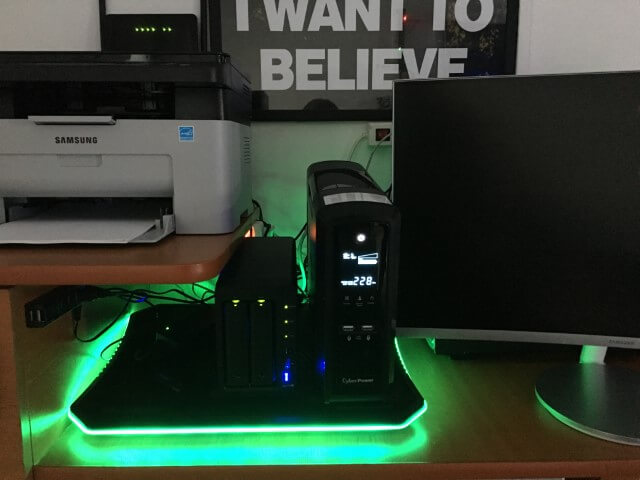 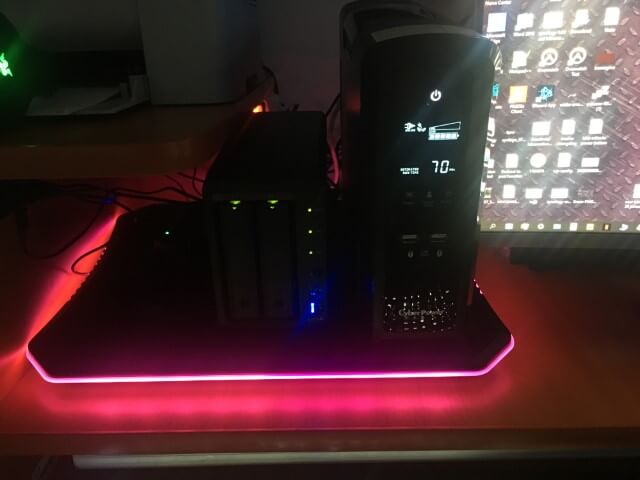 The Thermaltake device has two USB outputs to supply it with power and turn on the LED. Do you think I used the free USB ports on my Synology NAS? Absolutely not. I purchased a separate USB HUB that is directly connected to electricity. This way I avoided overheating my Synology NAS. 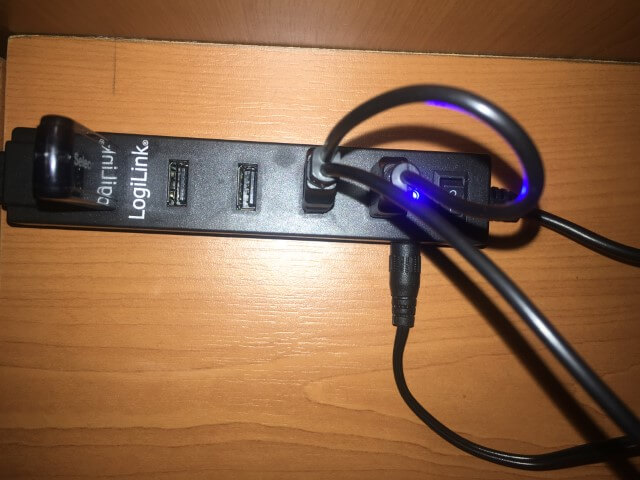 Without the Thermaltake 20 massive RGB Fan: 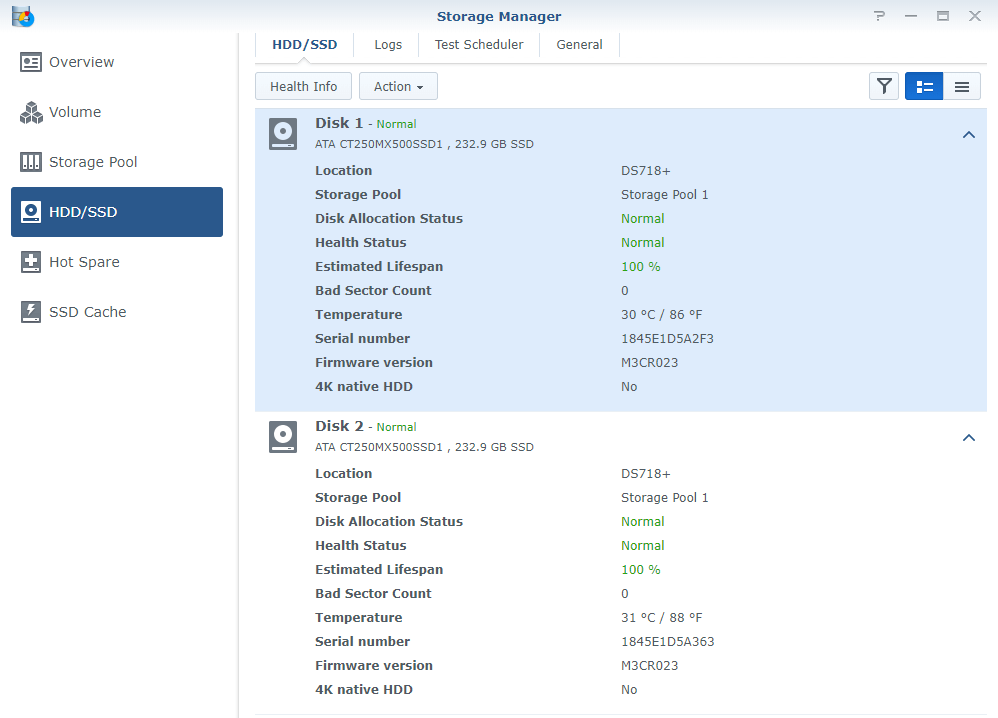 With the Thermaltake 20 Massive RGB Fan: 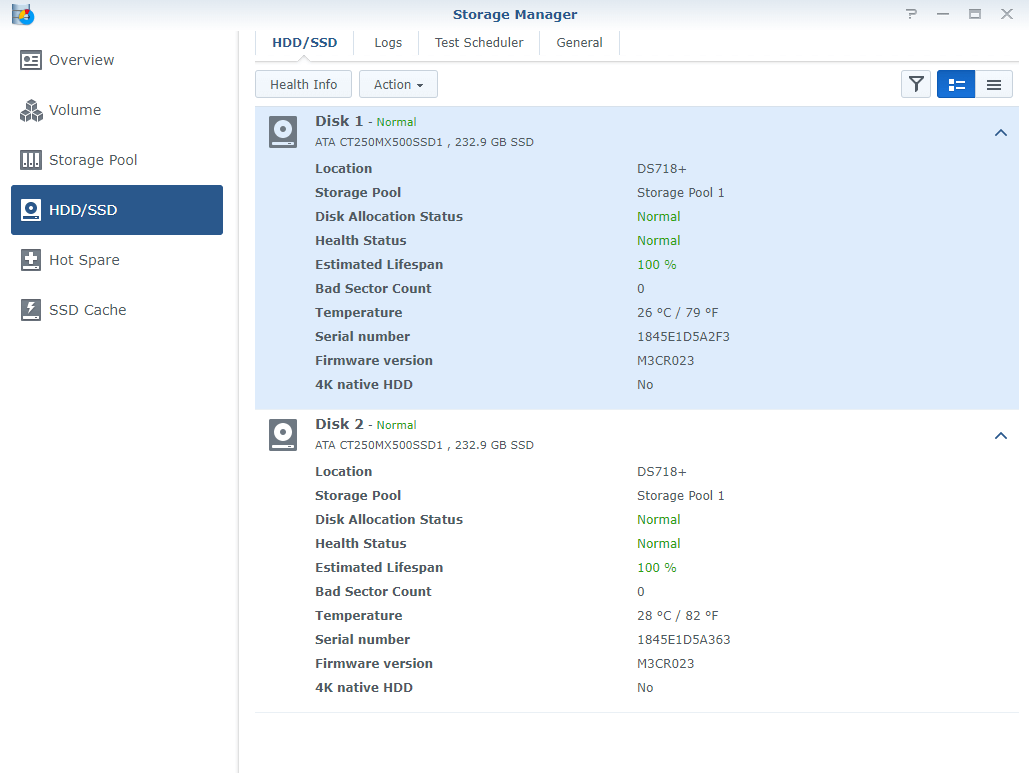 At this point I am happy to say that I have a full-option miniature working server setup in the house. A Synology NAS server, a good cooling system, an UPS for added reliability and, of course, an efficient router. What do you think of this setup, do you like it? I absolutely recommend getting a cooling fan or another cooling option as it will increase the life of both your Synology NAS server and disks.