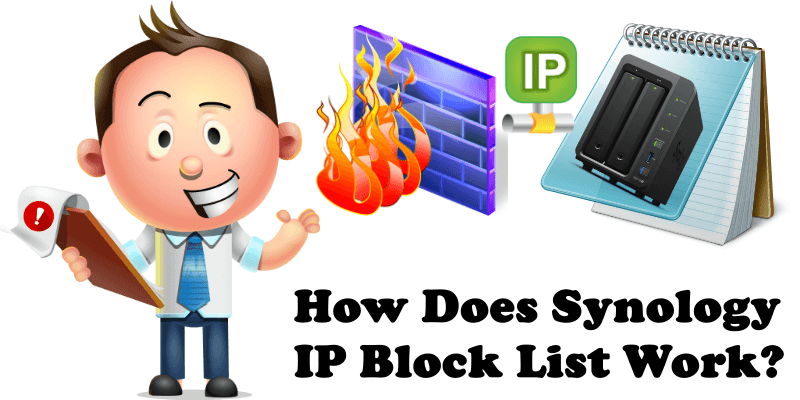 If you choose Add IP address, you will be adding one entry/one IP to the Block List.

If you choose Import IP address list, you will be adding multiple entries at once, so basically a list of IPs you want to block from accessing your Synology NAS. But here is where there may be some confusion: although it says Import IP address list, you are not actually importing a list, but multiple IPs at once (which are technically a list, but you’re still working with IPs).

After you click on Import IP address List, a window will appear where you have to choose the Expiration time for the block (either Forever or Unblock after (days)) and whether or not you want to Overwrite existing IP addresses on Block List and Allow List. The Overwrite option means you will be overwriting IPs that are already in your Block List so you don’t get doubles. The Synology NAS Block List works with IPs.

Note: Many people get confused by the name IP Block List. Yes, it’s a list in the sense that the blocked IPs make a list, since there’s more of them. But you’re working with IPs. Here are some examples to help you better understand how it works:

If you’ve never known mariushosting.com, and never came across a deny IP list, you’ll realize your DSM has already automatically blocked malicious IPs for you and they will be in the Block List. Say, for example, you already have 500 blocked IPs. When you download and import the deny-ip-list from mariushosting.com which has over 20000 entries, these 20000 entries will be added to your 500 entries, resulting in a total of 20500 entries. If you take a look on your IP Block List screen and see you have less than 20500 entries, don’t worry, it means that there were some doubles/duplicate IPs that were overwritten automatically by the DSM system.

The Synology NAS Block List doesn’t work with lists per se, it works with individual IPs. Which means you’re adding, removing, overwriting IPs, not lists of IPs. When you’re importing the deny-ip-list on mariushosting.com, you’re actually importing malicious IPs that I have collected from multiple sources.

Important: A Synology NAS is a top of the range device, much more powerful than your ordinary computer, which means it’ll have no problem with blocking as many IPs as you need. Whether you have 10 IPs in your Block List or 10 000 or 100 000, your Synology NAS can take it.