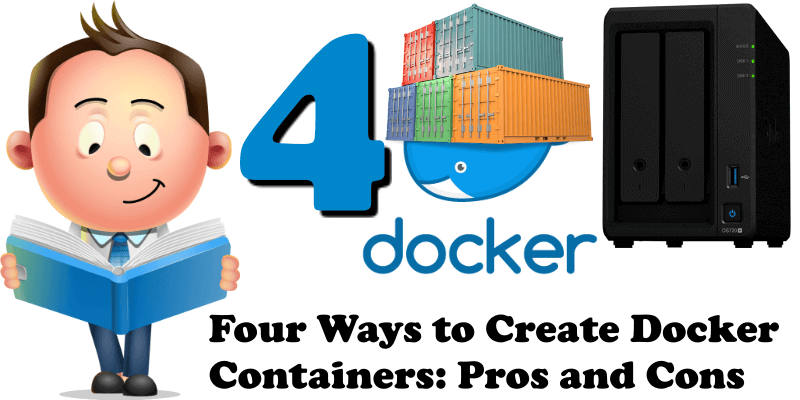 Here are some of my thoughts on the different ways to create containers. There are many more, but these described below cover the common ones. My favorite method to create containers is Docker Compose and Portainer for at-a-glance view. An idea of Matthew Petersen’s.